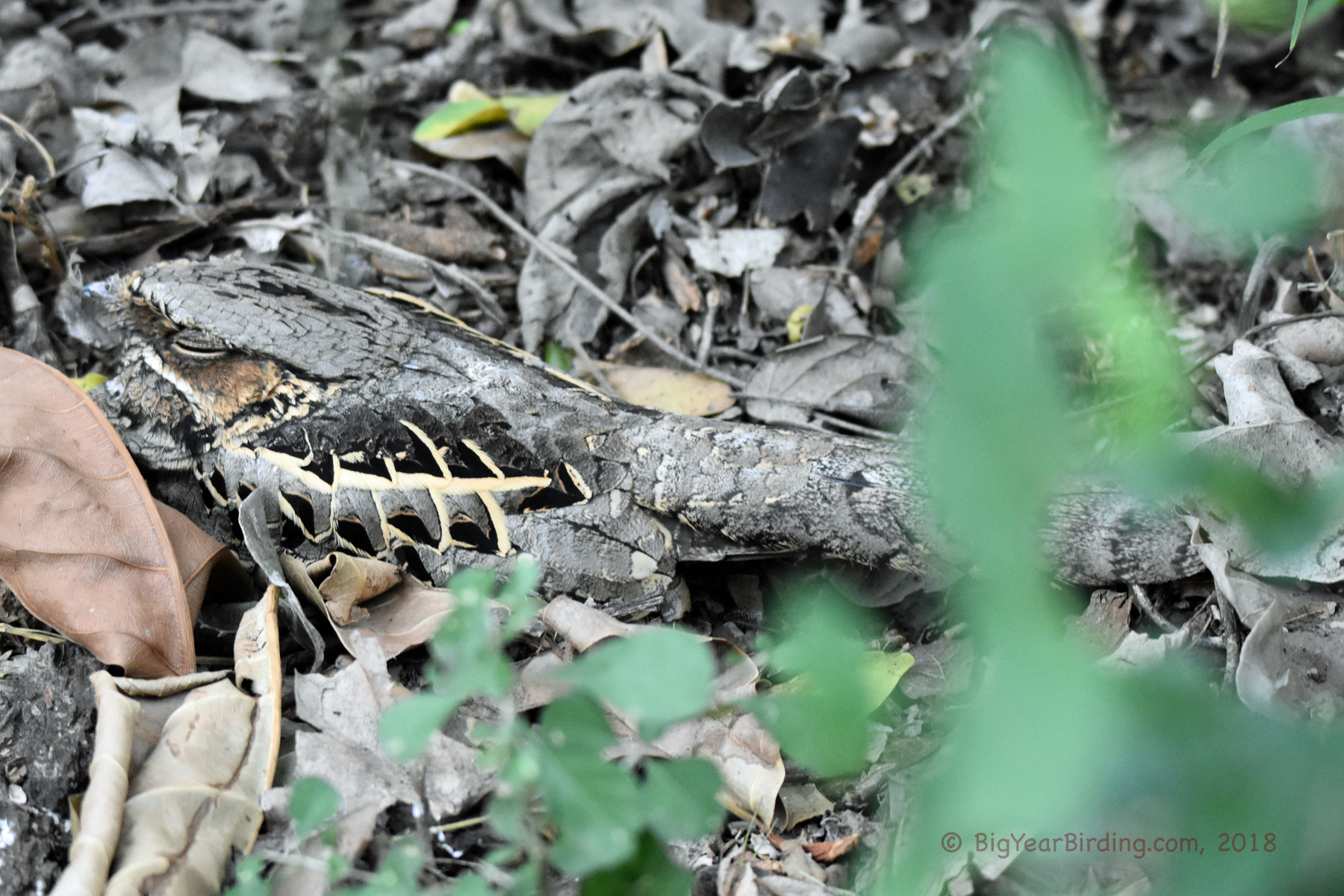 The Common Pauraque is a nightjar, as suggested by the name, is strictly nocturnal. Throughout the day, it typically rest quietly in densely vegetated hiding places – ideally forests. At night, they become active as they hunt flying insects in more open landscapes, such as forest clearings, wetlands and along rivers.

Due to their cryptic appearance, these birds blend perfectly into their habitat and they are very difficult to spot during the daytime, when they are usually hidden away sleeping. They are most easily detected at night when light from car headlights are reflected red from their eyes, as they are sitting on tracks or roads. However, their presence is most often made known by their loud calls given at dusk.