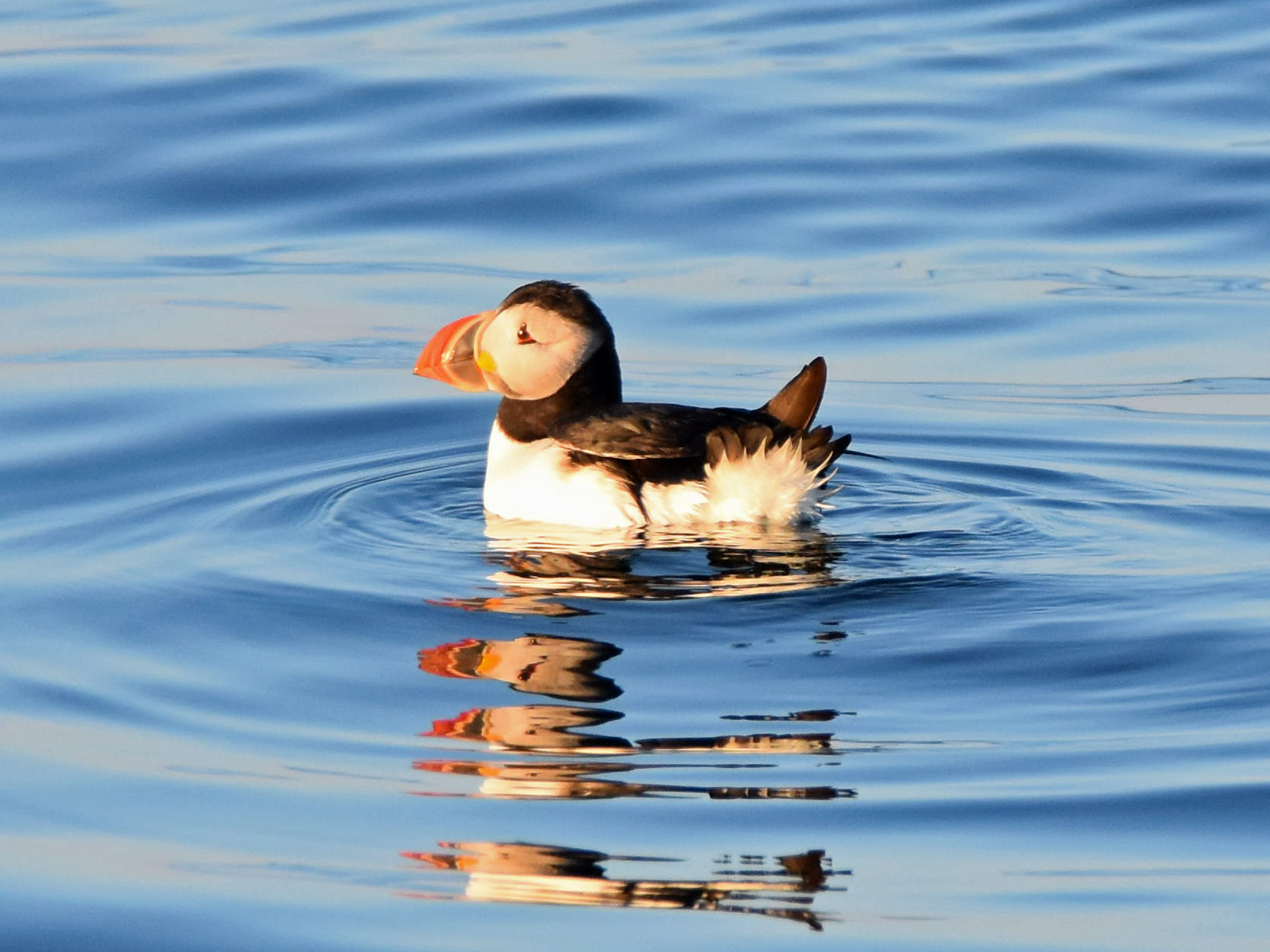 The Atlantic puffin is a species of seabird in the auk family. It is the only puffin native to the Atlantic Ocean; two related species, the tufted puffin and the horned puffin, are found in the northeastern Pacific. The Atlantic puffin breeds in Iceland, Norway, Greenland, Newfoundland and the Faroe Islands, and as far south as Maine in the west and the west coast of Ireland and parts of the United Kingdom in the east. Although it has a large population and a wide range, the species has declined rapidly, at least in parts of its range, resulting in it being rated as vulnerable by the IUCN. On land, it has the typical upright stance of an auk. At sea, it swims on the surface and feeds mainly on small fish, which it catches by diving underwater, using its wings for propulsion.

This puffin has a black crown and back, pale grey cheek patches and white underparts. Its broad, boldly marked red and black beak and orange legs contrast with its plumage. It molts while at sea in the winter and some of the bright-colored facial characteristics are lost, with color returning again during the spring. The external appearance of the adult male and female are identical though the male is usually slightly larger. The juvenile has similar plumage but its cheek patches are dark grey. The juvenile does not have brightly colored head ornamentation, its bill is narrower and is dark-grey with a yellowish-brown tip, and its legs and feet are also dark. Puffins from northern populations are typically larger than in the south and it is generally considered that these populations are different subspecies.

Spending the autumn and winter in the open ocean of the cold northern seas, the Atlantic puffin returns to coastal areas at the start of the breeding season in late spring. It nests in clifftop colonies, digging a burrow in which a single white egg is laid. The chick mostly feeds on whole fish and grows rapidly. After about six weeks it is fully fledged and makes its way at night to the sea. It swims away from the shore and does not return to land for several years.