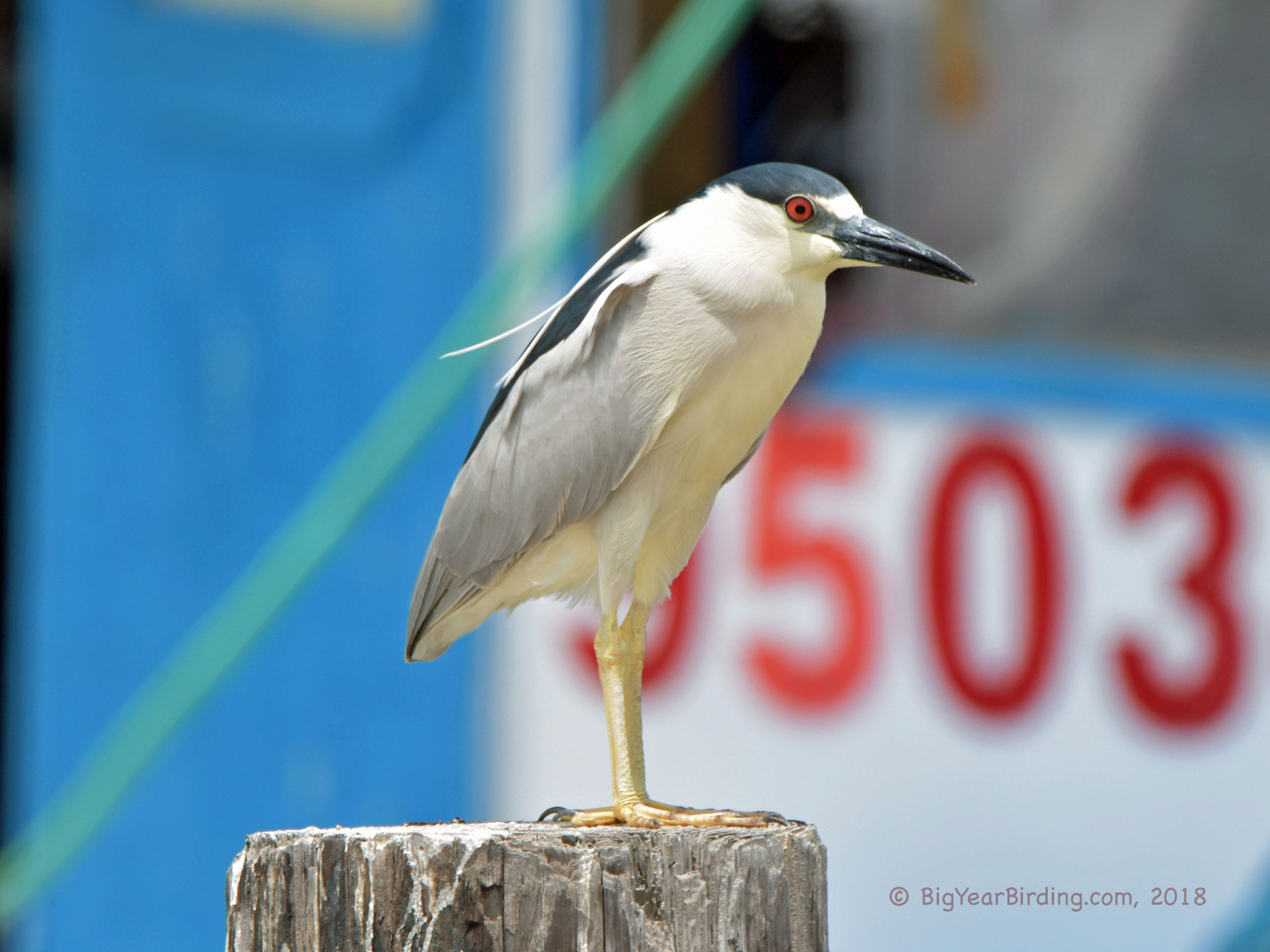 Adult Black-crowned Night-Herons have pale gray bellies and wings and black backs. Their faces are white with a black cap, topped by a white plume. They have black bills and red eyes. Juveniles are mottled in gray, brown, and white coloring and have streaked breasts. One-year-old birds have an intermediate plumage somewhat between that of juveniles and adults. Black-crowned Night-Herons have short necks that are often pulled in, giving the birds a somewhat thick-set appearance for a heron.