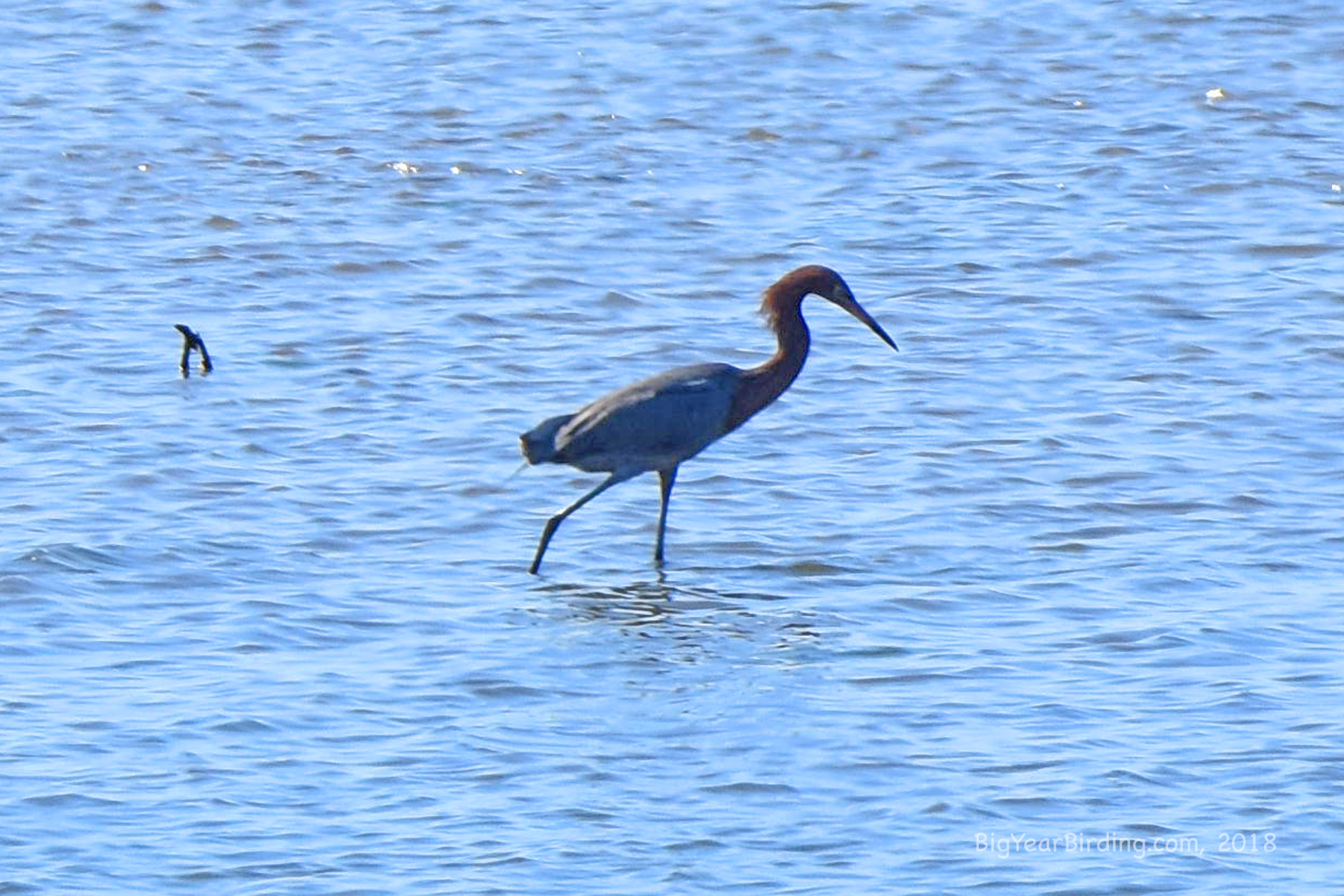 The Reddish Egret is considered one of the most active herons, and is often seen on the move. It stalks its prey visually in shallow water far more actively than other herons and egrets, frequently running energetically and using the shadow of its wings to reduce glare on the water once it is in position to spear a fish; the result is a fascinating dance.