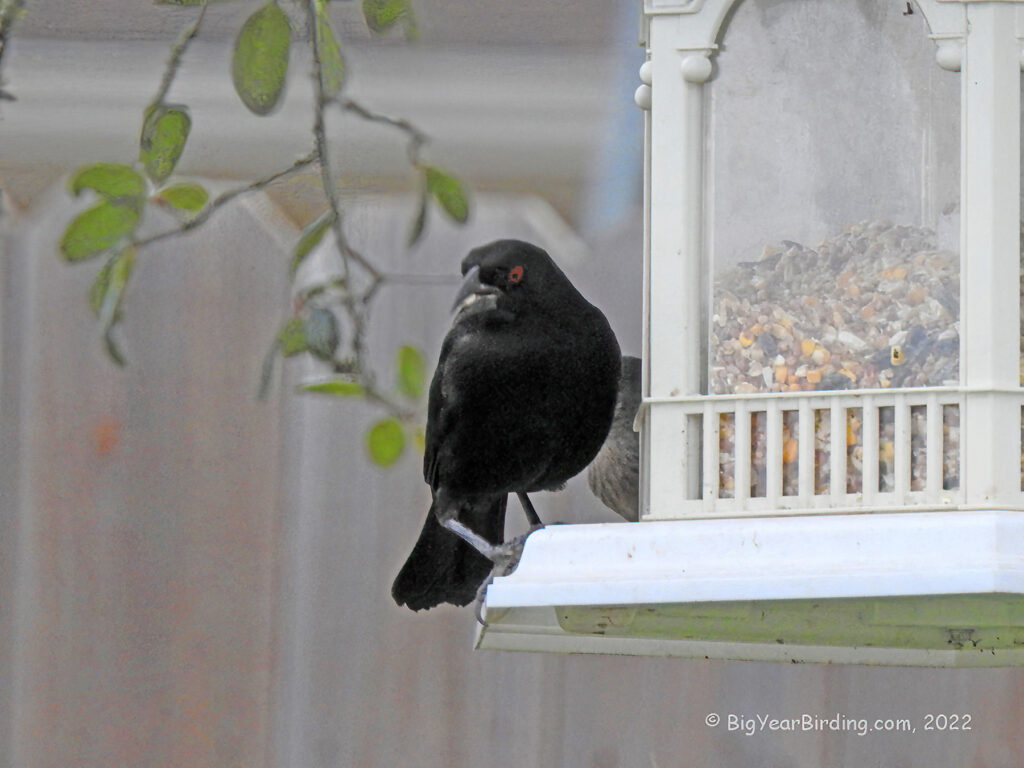 The Bronzed Cowbird, like all cowbirds, this bird is brood parasite; laying its eggs in the nests of other birds. The young cowbird is fed by the host parents at the expense of their own young.

Once known as the red-eyed cowbird, the Bronzed Cowbird breeds from the U.S. states of California, Arizona, New Mexico, Texas, and Louisiana south through Central America to Panama. They tend to be found in farmland, brush, and feedlots. Outside the breeding season, they are found in very open habitats, and roost in thick woods. These birds forage in open areas, often near cattle in pastures. Their diet mostly consists of seeds and insects.