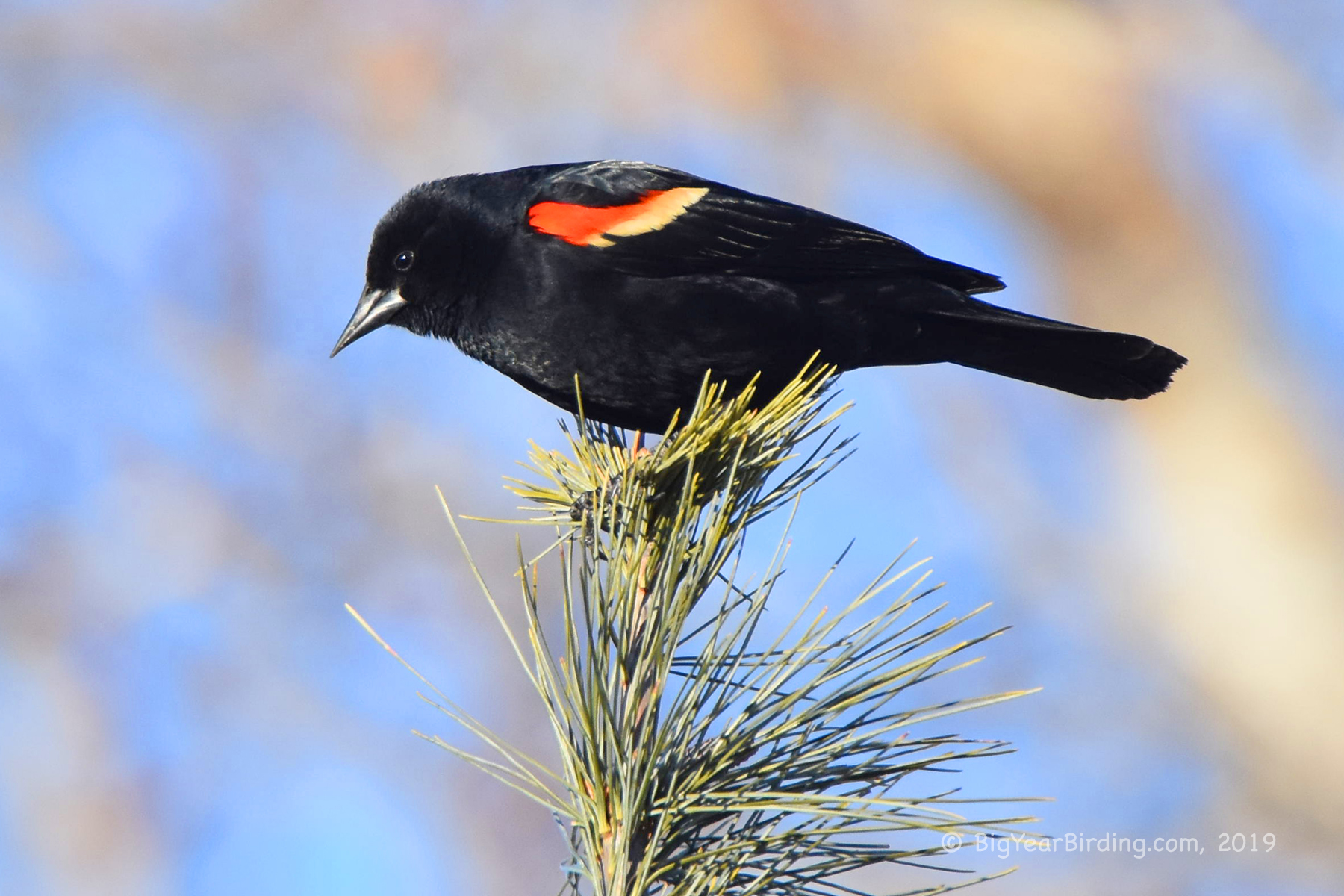 Red-winged Blackbirds display marked sexual dimorphism. Males in breeding plumage are very familiar birds to many people. They are solid black, with red wing-patches. Each patch has a light yellow stripe below, and can be displayed in varying amounts. Tricolored Blackbirds,  look similar, but have more pointed wing-tips, thinner bills, and white edging on the red patches. Female Red-winged Blackbirds are smaller, dark, and streaked. They have a white line over each eye and are evenly streaked all down the back. First-year males look like mature males but with rusty edgings on their black feathers. They have red wing-patches, but they are generally paler than mature males and may be darkly spotted.