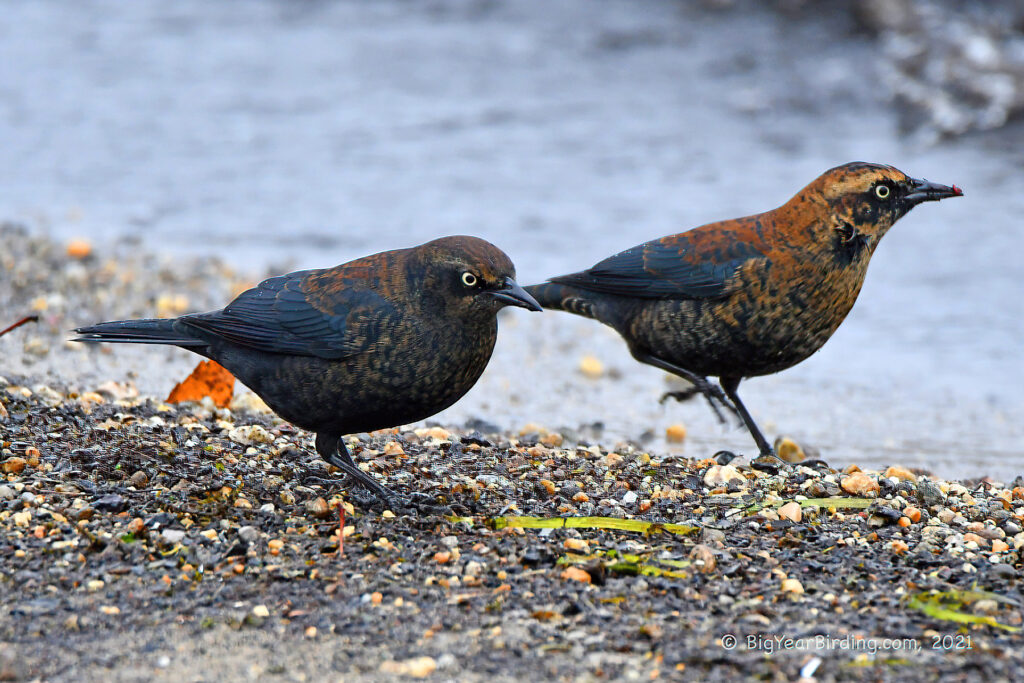 Rusty Blackbird population is rapidly declining. We are most likely to see these birds in non-breeding season, in the plumage that gives them their name. Non-breeding males are black with rusty edges on their feathers. Females are lighter brown all over, with buff-colored mottling and gray rumps. Rusty Blackbirds are fairly slender birds with long wings and tails. Both sexes have yellow eyes in all plumages. During breeding season, males are black with slightly iridescent purple-green plumage, and females are dull brown. Male Brewer’s Blackbirds look similar, but lack the rusty edging on their feathers, are glossier during the breeding season, and have longer tails.