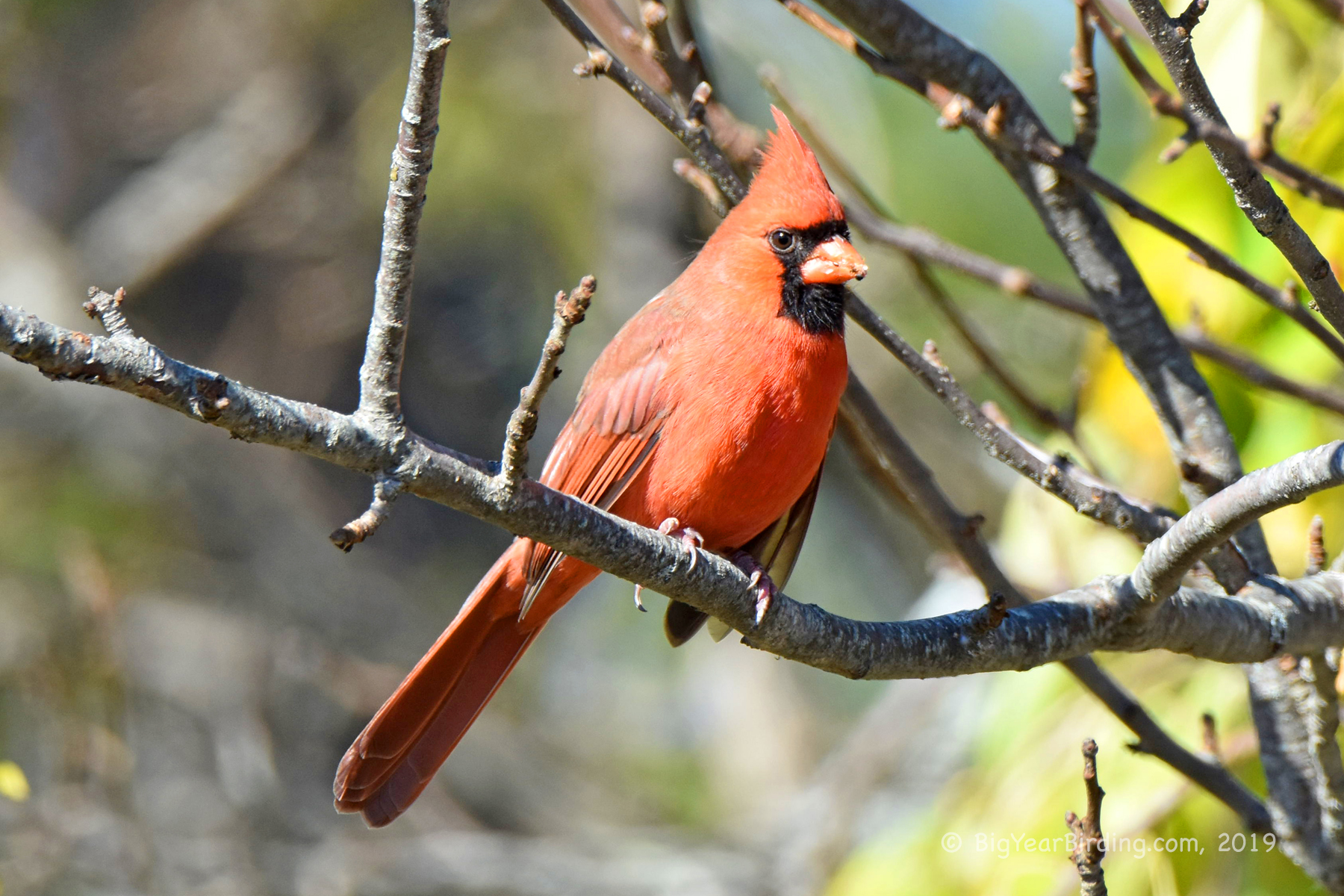 The northern cardinal is also known colloquially as the redbird, common cardinal or just cardinal (which was its name prior to 1985). It can be found in southern Canada, through the eastern United States from Maine to Texas and south through Mexico, Belize and Guatemala. Its habitat includes woodlands, gardens, shrublands, and wetlands.