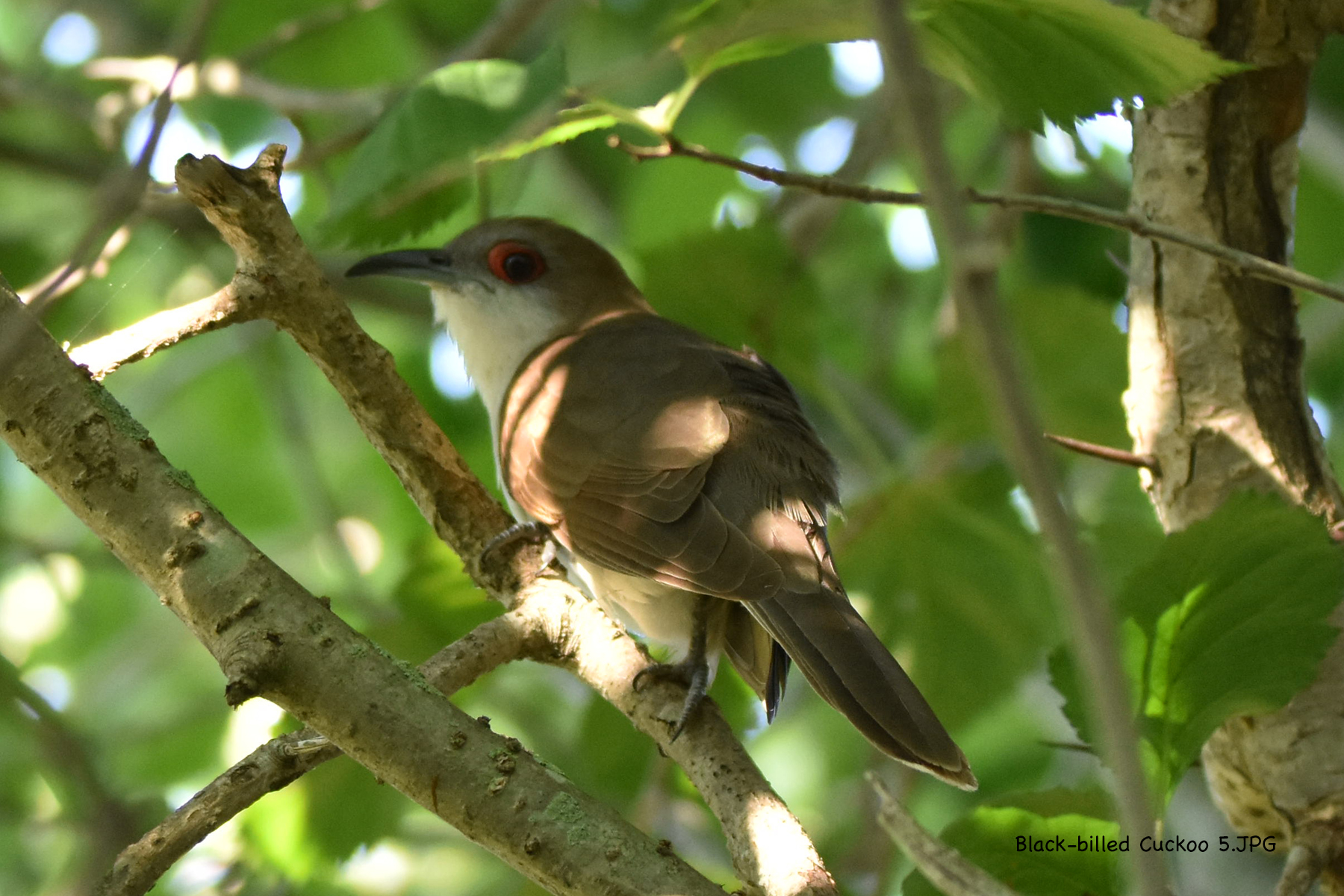 Closely related to the Yellow-billed Cuckoo but slighter in build, the Black-billed Cuckoo has a smaller, dark bill, a relatively shorter tail with less obvious white spots, and little or no reddish coloration in the wings. Both species frequent groves of hardwood trees where they tend to remain motionless in dense foliage, and are more often detected by their rather similar, loud vocalizations than by sight.