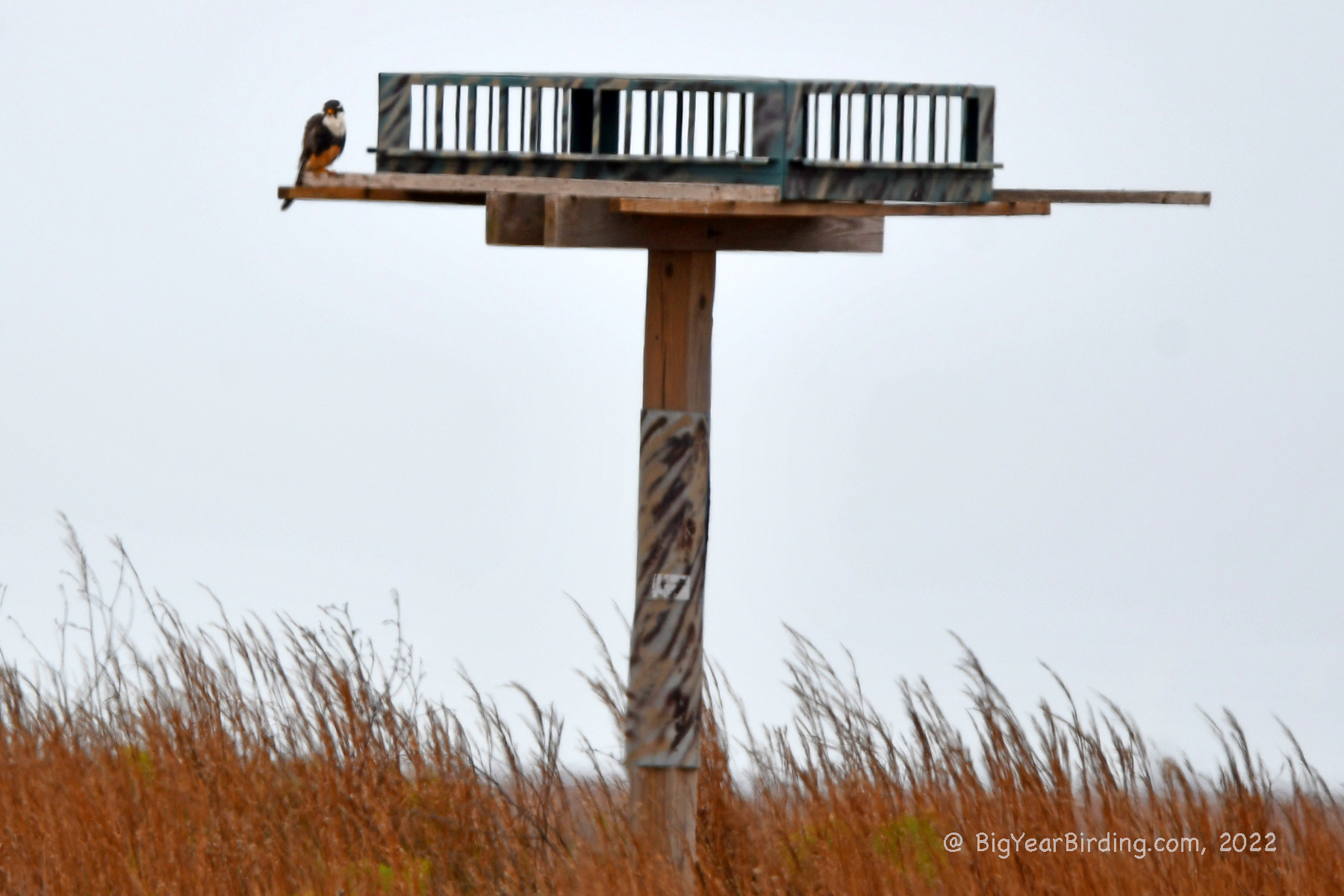 Aplomado falcons are most often seen in pairs. They do not build their own nests, but use stick nests built by other birds. Pairs work together to find prey and flush it from cover. Aplomados eat mostly birds and insects. They are fast fliers, and often chase prey animals as they try to escape into dense grass. Parents make 25-30 hunting attempts per day in order to feed their young. Chicks are fed 6 or more times each day. They live up to 20 years in captivity. Falcons are being reintroduced in south Texas to bring back the population.