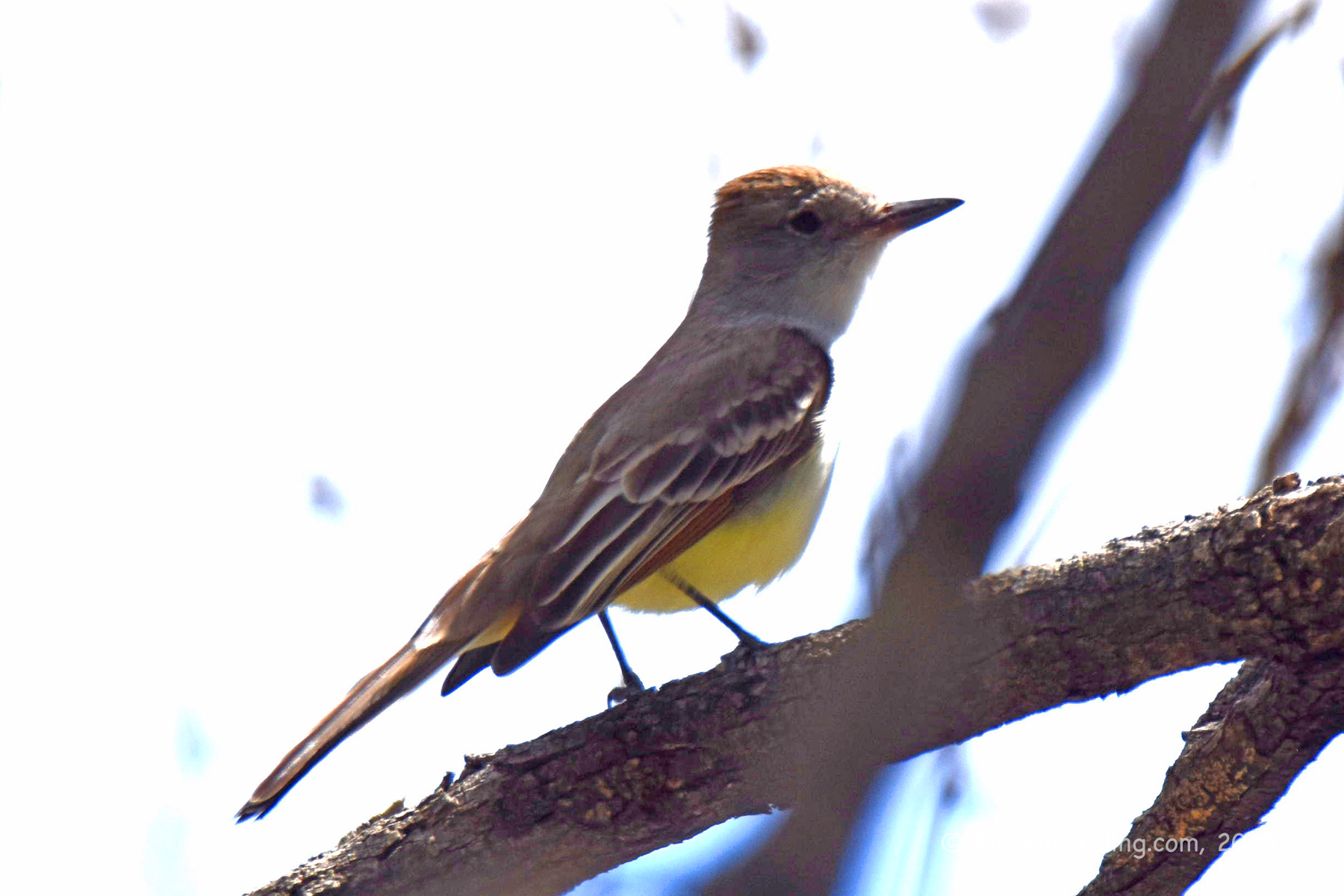 Of the three similar crested flycatchers in the west, this is the largest. It is a common summer resident in the southwest, mainly in southern Texas and Arizona. Brown-crested Flycatchers are conspicuous and aggressive in the nesting season; they arrive late in spring, after most other hole-nesting birds, and may have to compete for nest sites. Typically they feed on large insects like beetles or cicadas, but they also have been seen catching hummingbirds on occasion.