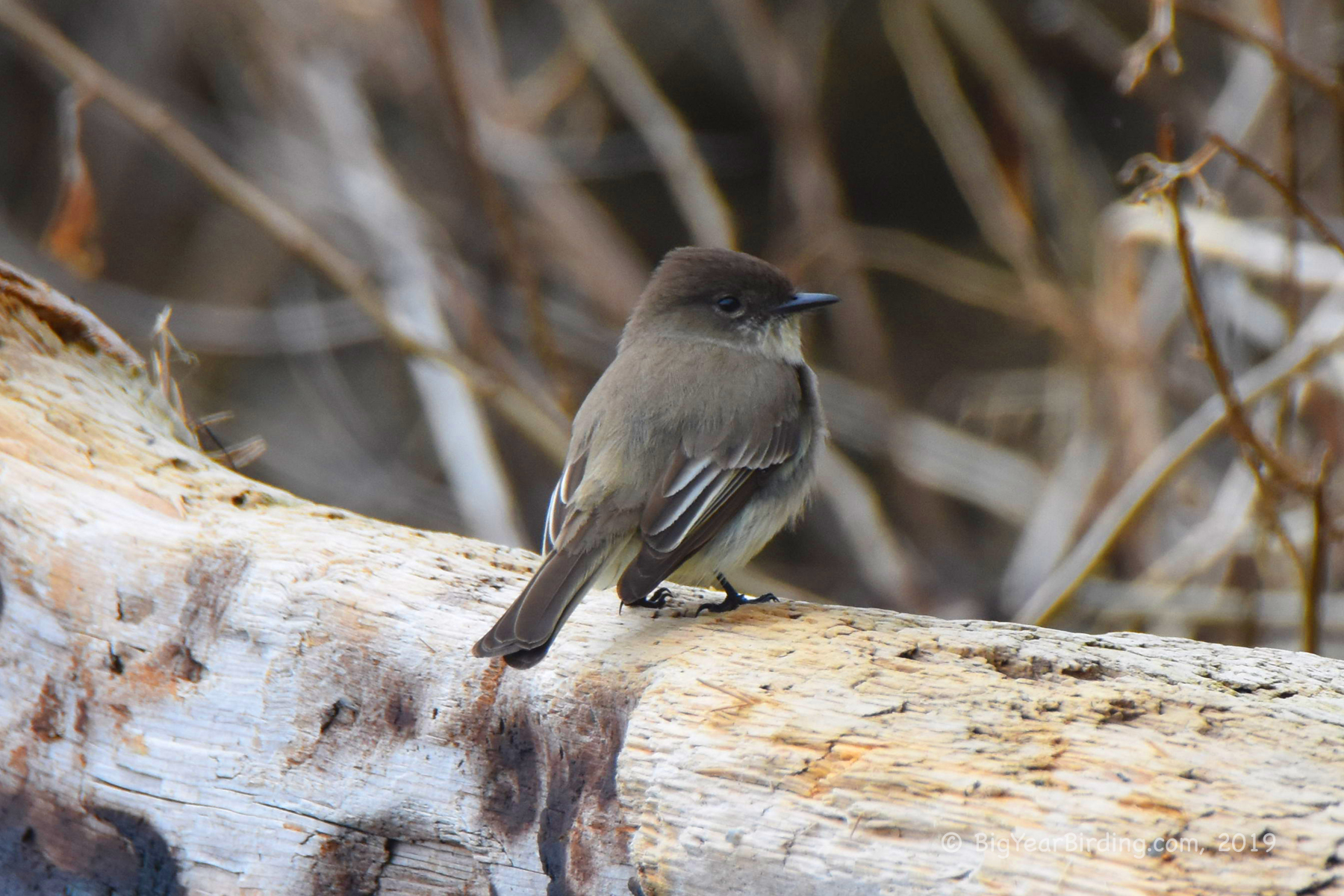 This species appears remarkably big-headed, especially if it puffs up the small crest. Its plumage is gray-brown above. It has a white throat, dirty gray breast and buffish underparts which become whiter during the breeding season. Two indistinct buff bars are present on each wing. Its lack of an eye ring and wingbars, and its all dark bill distinguish it from other North American tyrant flycatchers, and it pumps its tail up and down like other phoebes when perching on a branch. The eastern phoebe’s call is a sharp chip, and the song, from which it gets its name, is fee-bee.