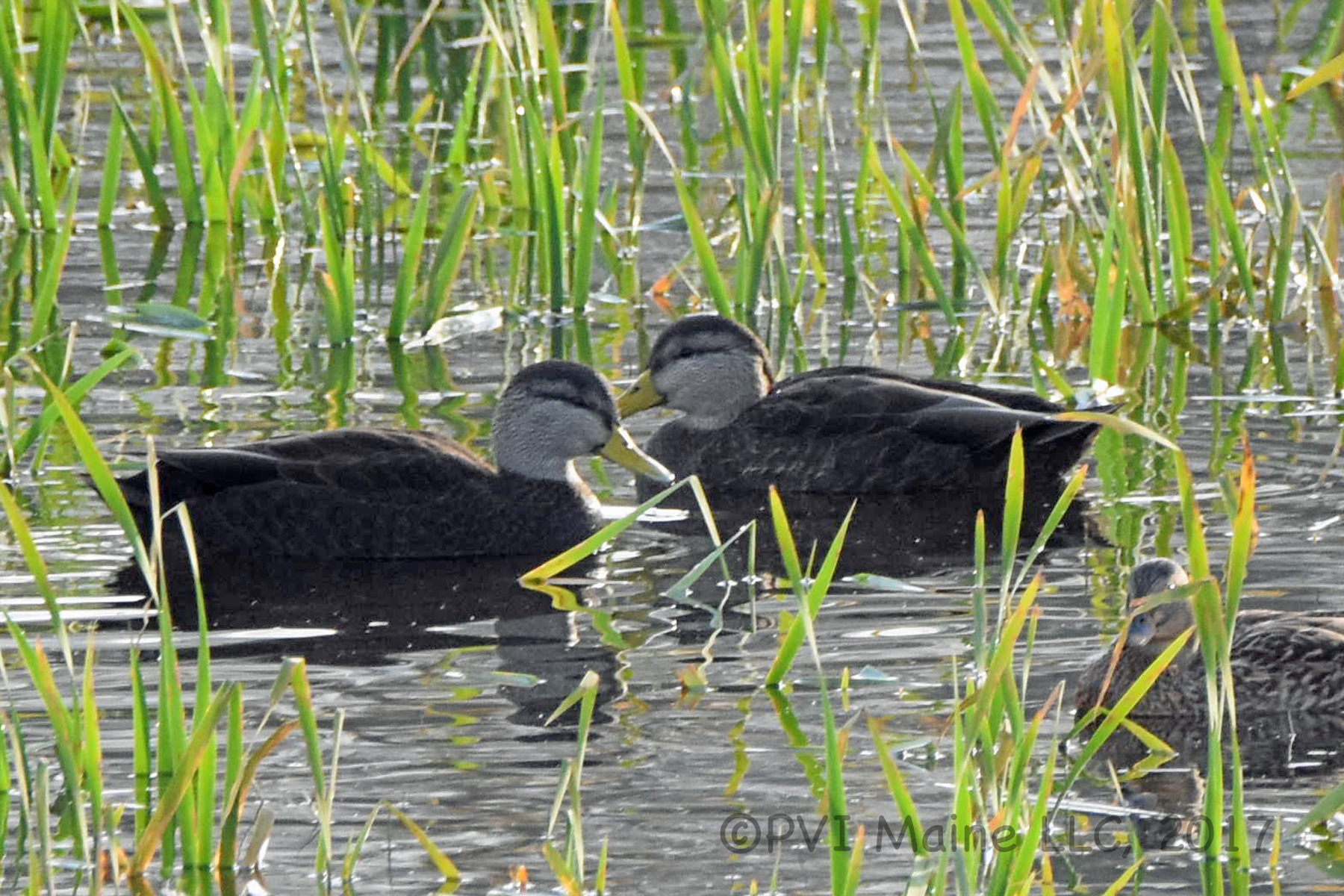 The American Black Duck is a large duck that closely resembles a female Mallard. The Black Duck’s body color is darker than that of a Mallard, and the head color is slightly lighter. In flight, the Black Duck can be distinguished by the solid purplish-blue patch on its wing (lacking the white edges found on the Mallard) and the contrast between the dark body and upperwings and the light underwing linings. Black Ducks are unusual among dabbling ducks in that males and females are almost identical, distinguishable in the breeding season only by the bright yellow bill of the male.