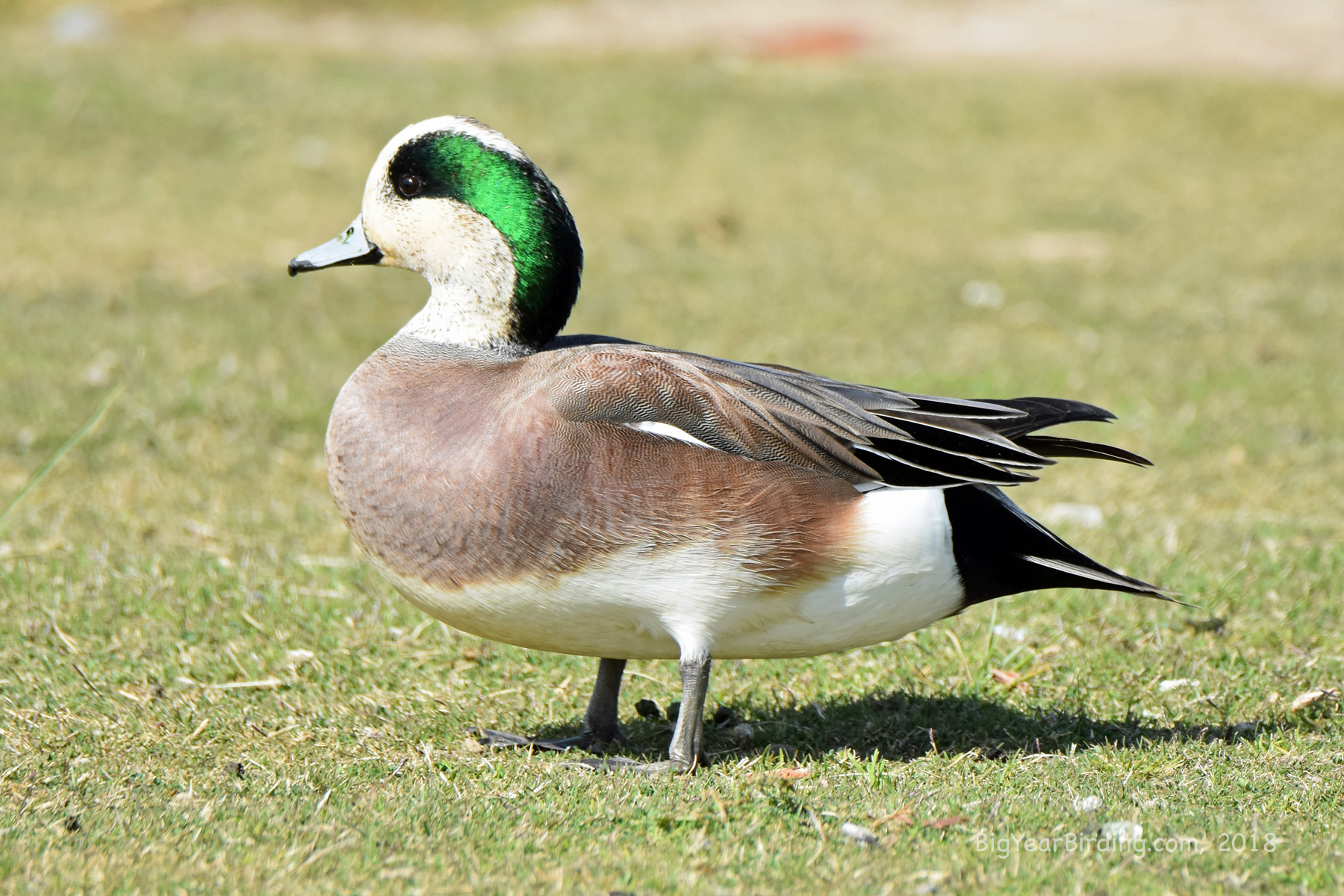 A small duck with a short bill and round head, the American Wigeon has a reddish-brown body, and a speckled grayish head that is plain in females and boldly patterned in males. Its bill is blue-gray with a narrow black border at the base, and its feet are dark gray. Apparent in flight, the speculum, or wing-patch, is dark iridescent-green, looking black at times, with white on the forewing. The male has distinctive, black undertail coverts, a white forehead, and iridescent green band sweeping back from the eye. Females, juveniles, and eclipse-plumage males lack these markings. Males are usually in eclipse plumage in the post-breeding, pre-migration period from July to September.