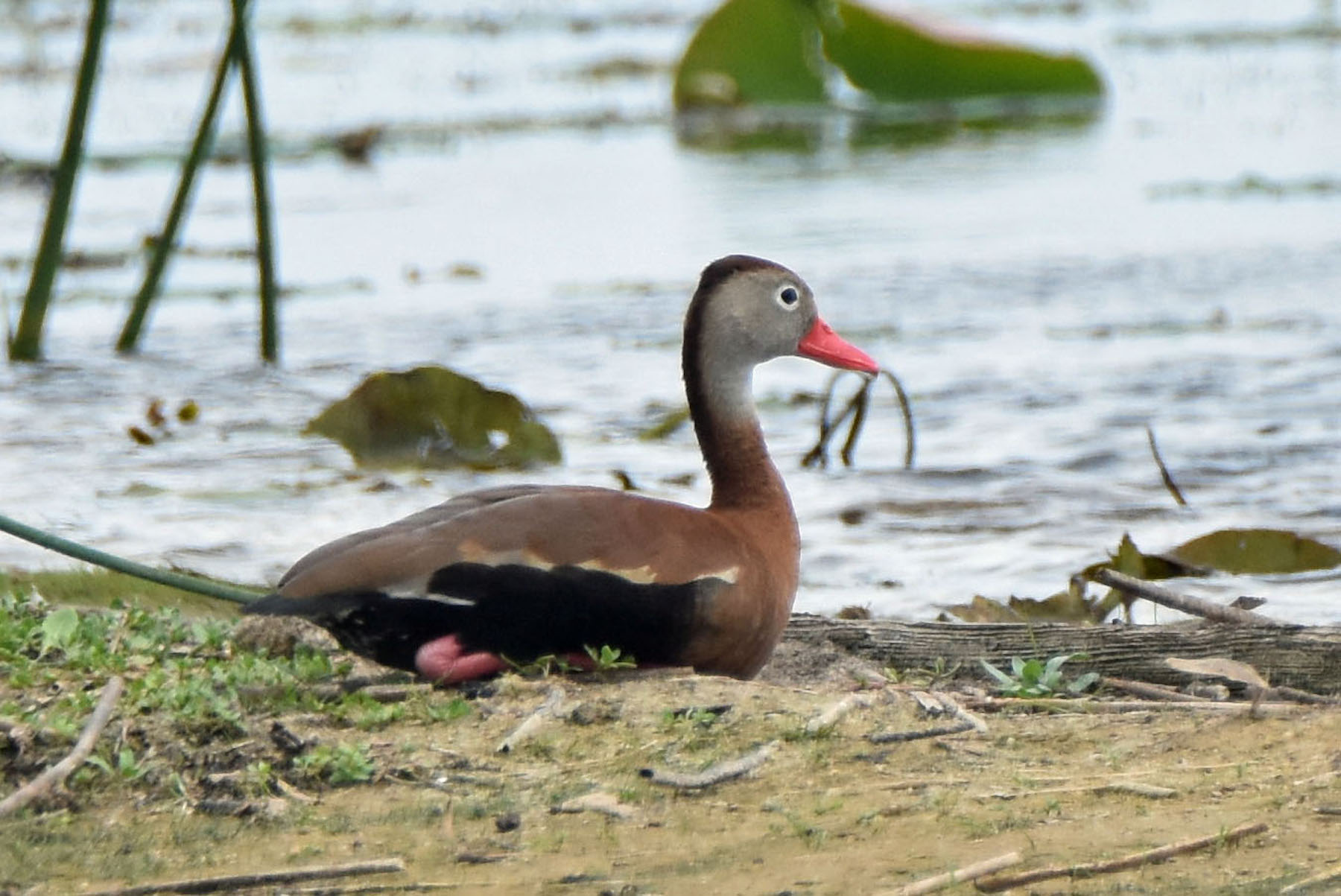 The black-bellied whistling duck, formerly also called black-bellied tree duck, is a whistling duck that breeds from the southernmost United States and tropical Central to south-central South America. In the USA, it can be found year-round in parts of southeast Texas, and seasonally in southeast Arizona, and Louisiana’s Gulf Coast. It is a rare breeder in such disparate locations as Arkansas, Georgia, Tennessee, and South Carolina, though it is now a common breeder in parts of central Florida. There is a large population of several hundred that winter each year in Audubon Park in uptown New Orleans, Louisiana. Since it is one of only two whistling-duck species native to North America, it is occasionally just known as the “whistling duck” or “Mexican squealer” in the southern USA.