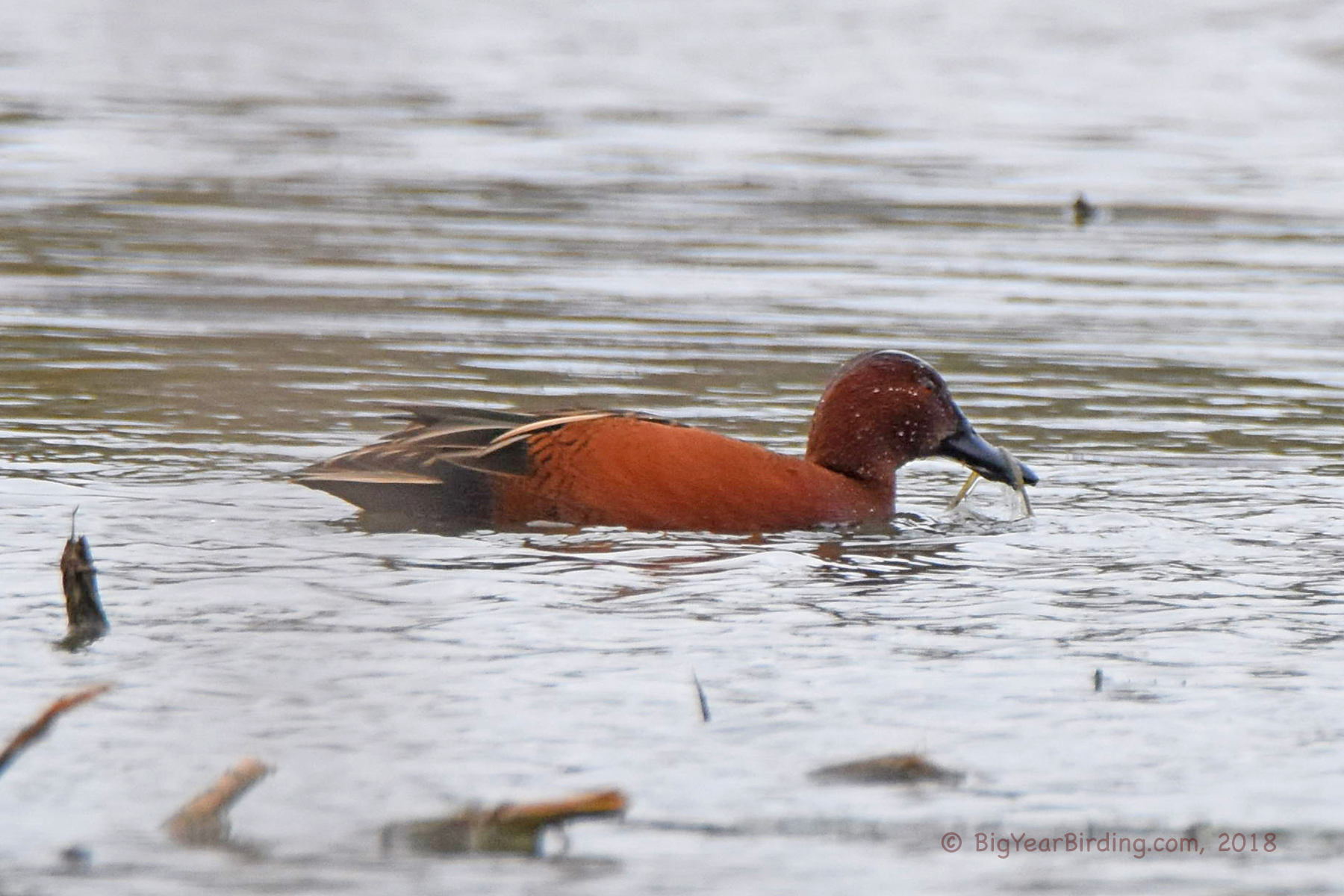 In many ways, the striking Cinnamon Teal is similar to the Blue-winged Teal and the Northern Shoveler, intermediate in size and overlapping habitat. The male Cinnamon Teal in breeding plumage is one of the most striking of  waterfowl, with a deep, overall cinnamon color and red eyes. Females, juveniles, and males in eclipse plumage are mottled brown and look very similar to the closely related female Blue-winged Teal. However the Cinnamon Teal is slightly larger and has a longer, wider bill. Both sexes have green-black speculums with pale blue patches on the forewing.