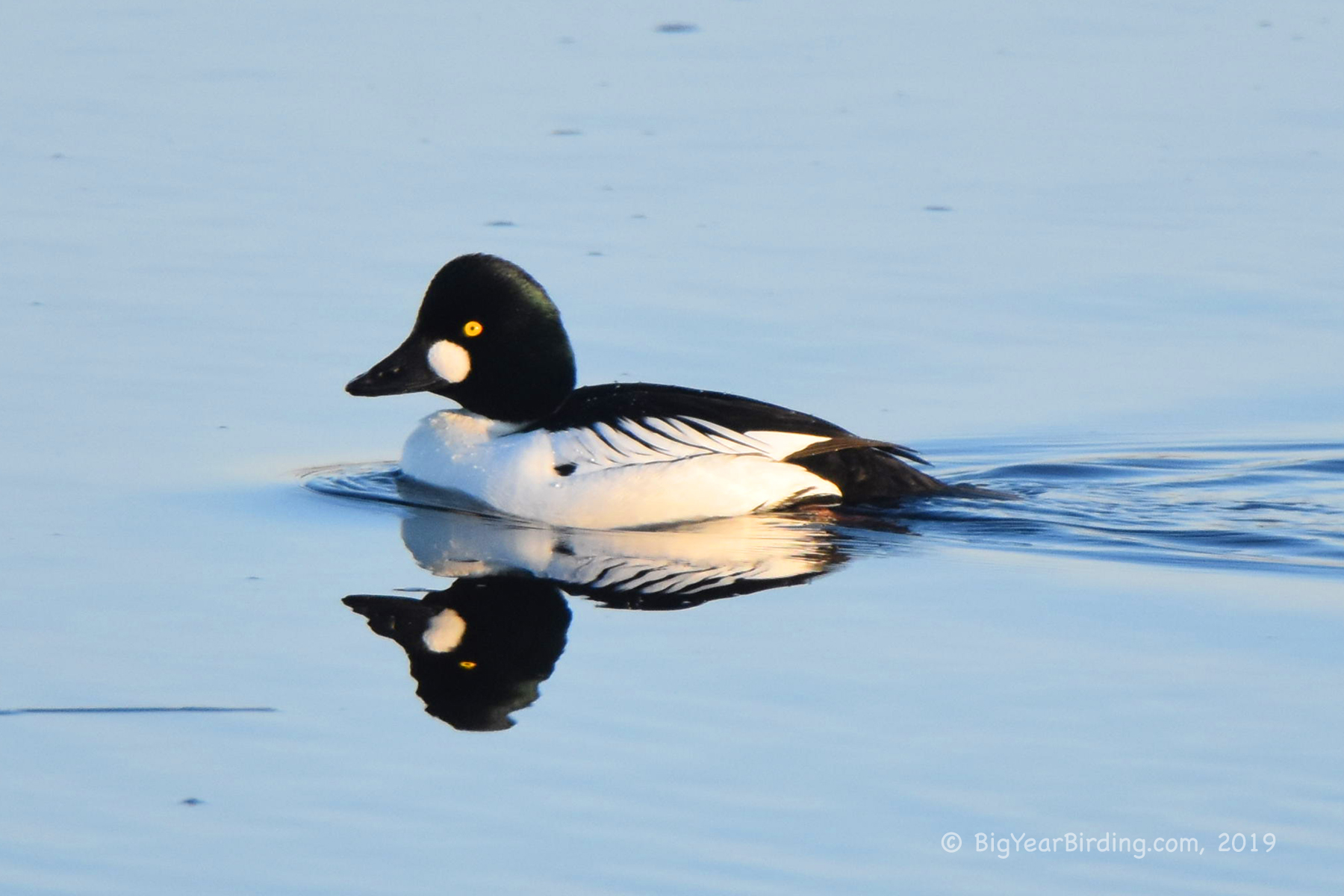 Often found in large rafts outside the breeding season. The male Common Goldeneye has a dark iridescent-green head that looks black when not in the sun. He also has a prominent round or oval white spot on each side of his face at the base of his black bill. His belly and flanks are white, and his rump is black. His back is mostly white with black bars. The female Common Goldeneye has a gray body, brown head, and yellow eyes. This bird can be very difficult to distinguish from a female Barrow’s Goldeneye. The bill of the Common Goldeneye is mostly black with a yellow tip, while that of the Barrow’s is mostly yellow. Juveniles are gray with brownish heads, similar to females but with less differentiation between the head and body colors. Consult a field guide or an experienced observer, consider range and habitat, and study nearby males for clues about which female and juvenile goldeneyes might be present.