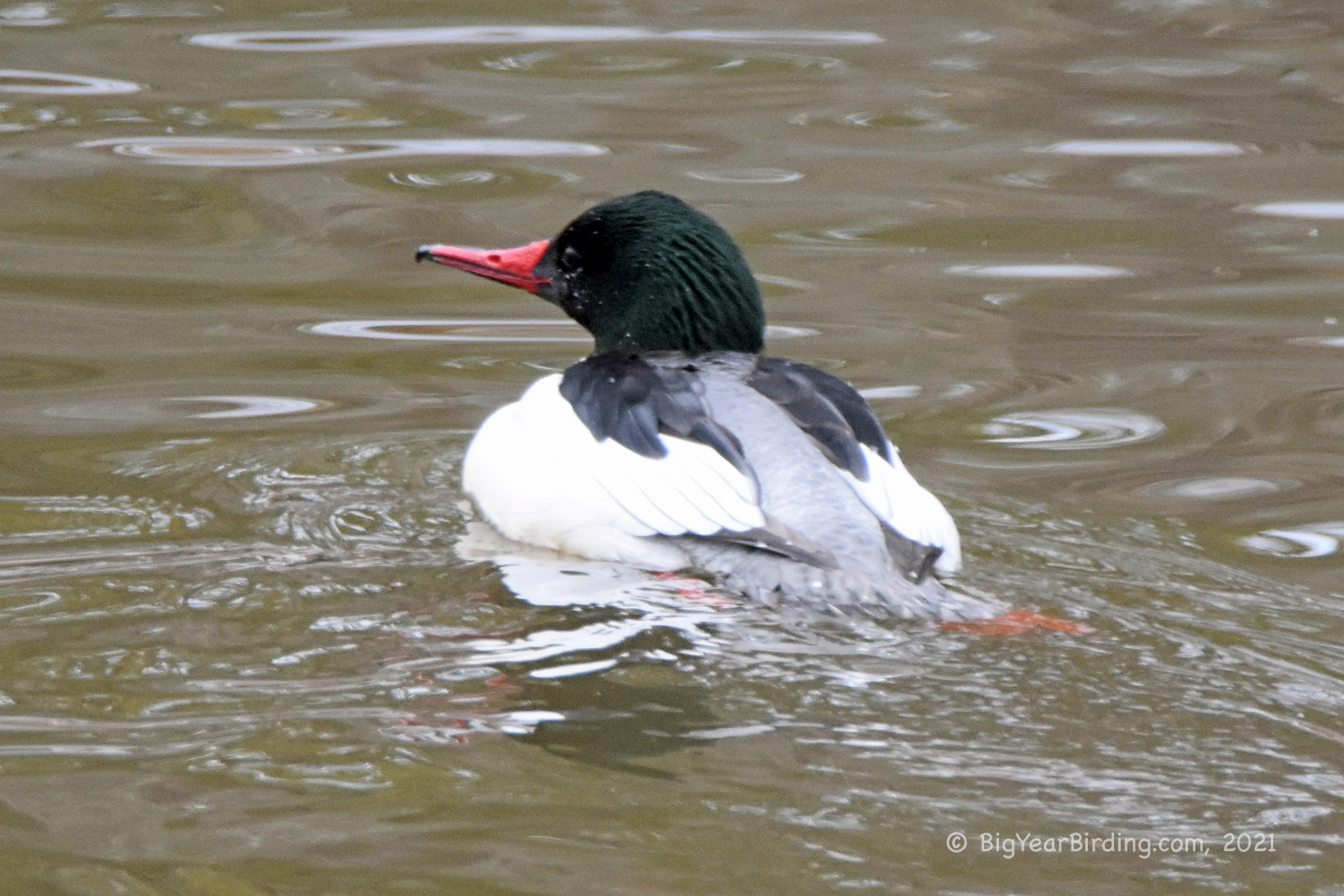 The Common Merganser is a fish-eating duck that rides low in the water on freshwater lakes and rivers. The male in breeding plumage has a white belly, breast, and flanks with a gray rump and black back. The crestless head is dark green, the bill is red, and the eye is dark. The female Common Merganser has a solid gray body with a reddish-brown head. She has a narrow, red, serrate bill and white chin-patch at the base of the lower mandible. The short crest of the female is often not obvious. The male in non-breeding plumage is similar to the female, with some white on his back. Juveniles are also similar, but have a white bar across the face.