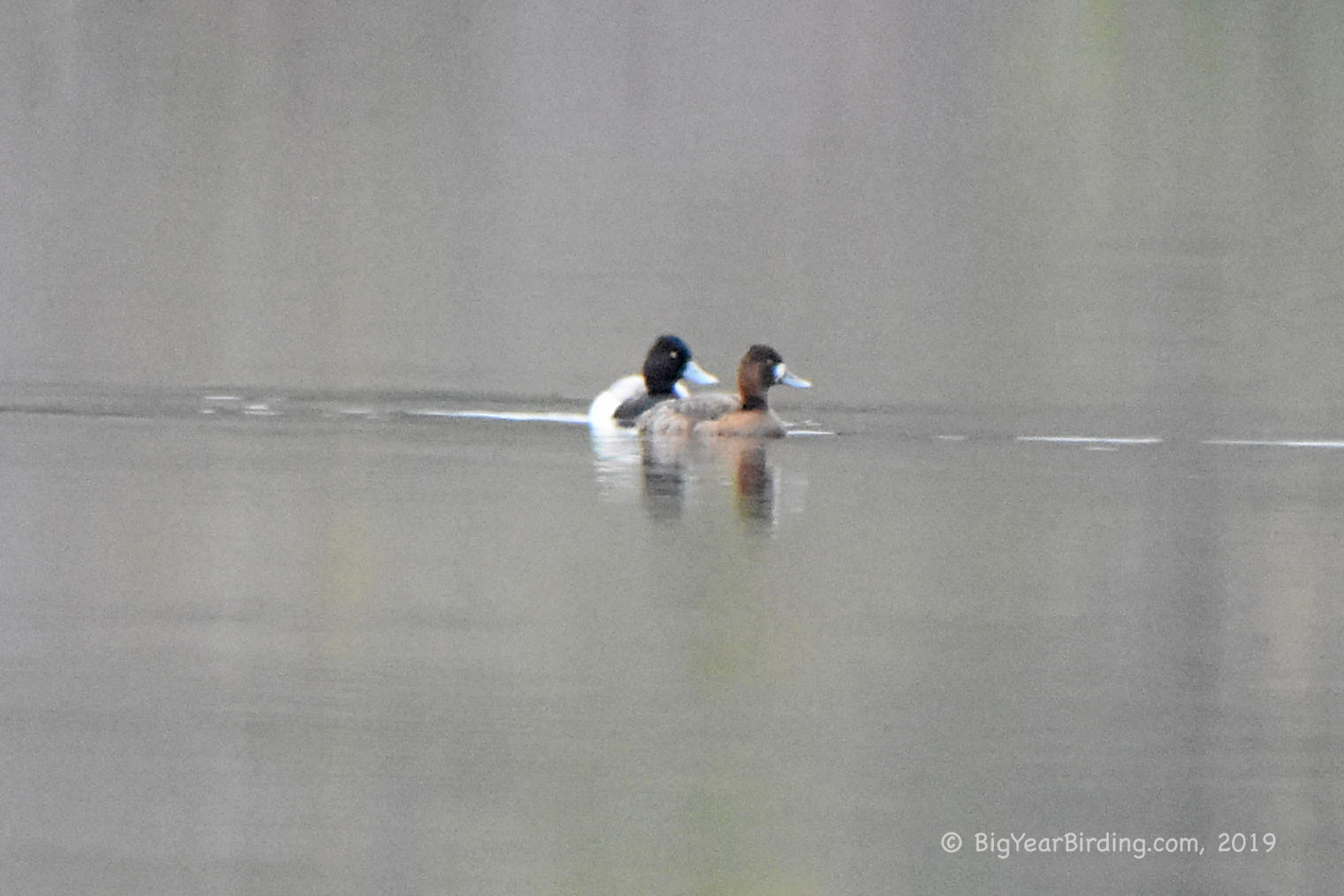 The Lesser Scaup is one of the most abundant diving ducks in the Northwest. Male Lesser Scaups have white flanks, black rumps and breasts, and lined gray backs. They have purplish-black, iridescent heads and yellow eyes. Their bills are light gray-blue. Males in non-breeding plumage have black heads and breasts, brown bodies, and black rumps. Females are brownish overall, also with yellow eyes, and white at the base of their bills. Greater and Lesser Scaups can be difficult to distinguish in the field. Lesser Scaups average about 10% shorter and 25% lighter than Greater Scaups. The Lesser has a peaked, angular head that the Greater lacks. Seen in flight, the white on the Lesser Scaup’s wings fades to gray in the primaries. In the Greater Scaup, the white extends into the primaries. As always, taking into account habitat, range, and season may help differentiate between the two species, as well as using a field guide and working with experienced observers.