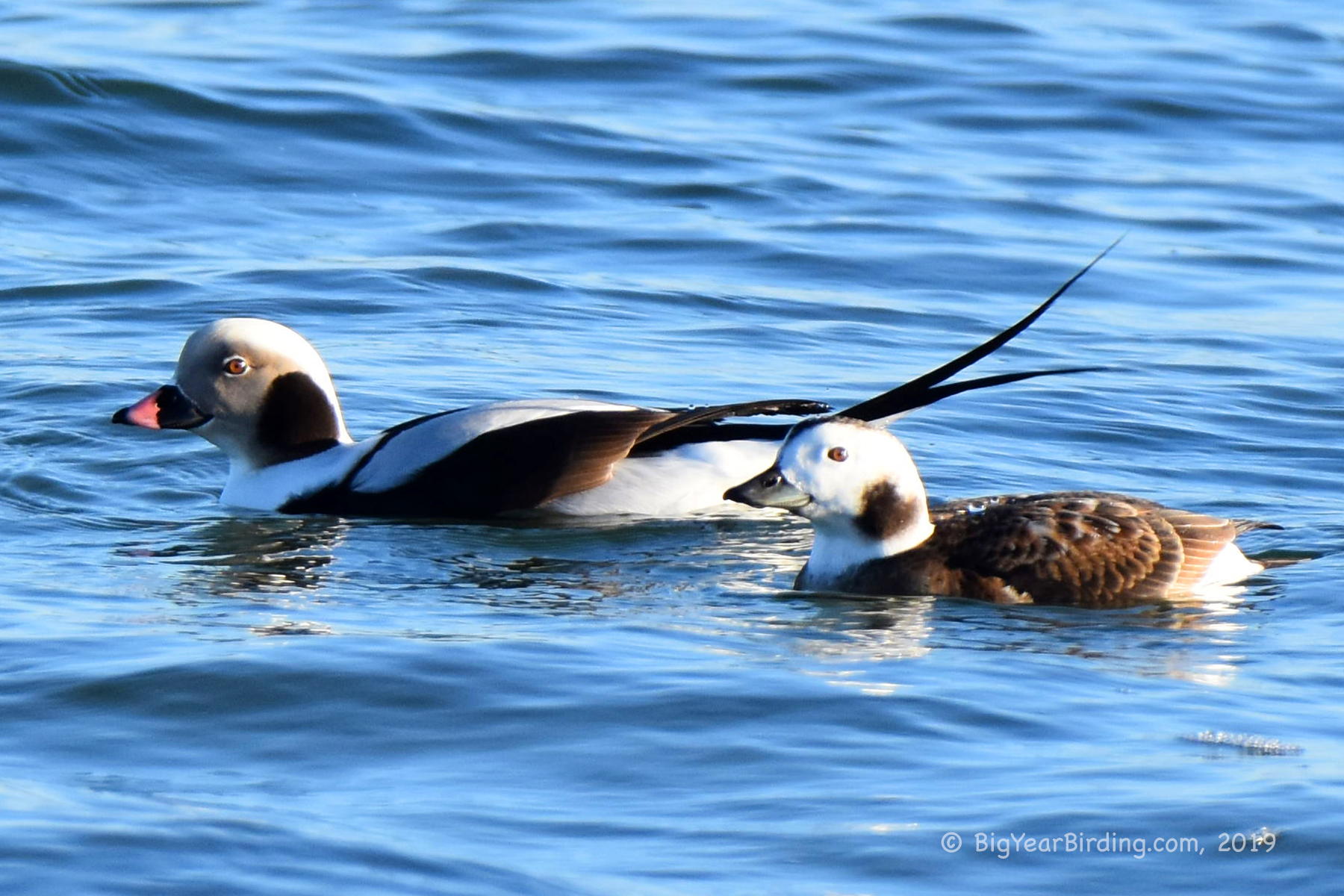 Formerly known in the United States as the Oldsquaw, the Long-tailed Duck is a distinctive sea duck with a short bill and heavy body. The short, pointed, all-dark wings of the Long-tailed Duck are evident in all sexes and plumages. In breeding plumage, the male has a long, black tail-plume, a white rump and belly, and black breast. The head and back are black, with brown shoulders and a white patch around the eye. In winter the brown on the back is replaced by white, and the head is white with a gray cheek-patch. In spring, the female is gray with a white rump, and white around the eye and at the nape of the neck. In winter, she has a white face with dark crown and cheek-patch. The juvenile is similar to the female–gray with white, although it has more white on its face than the female.