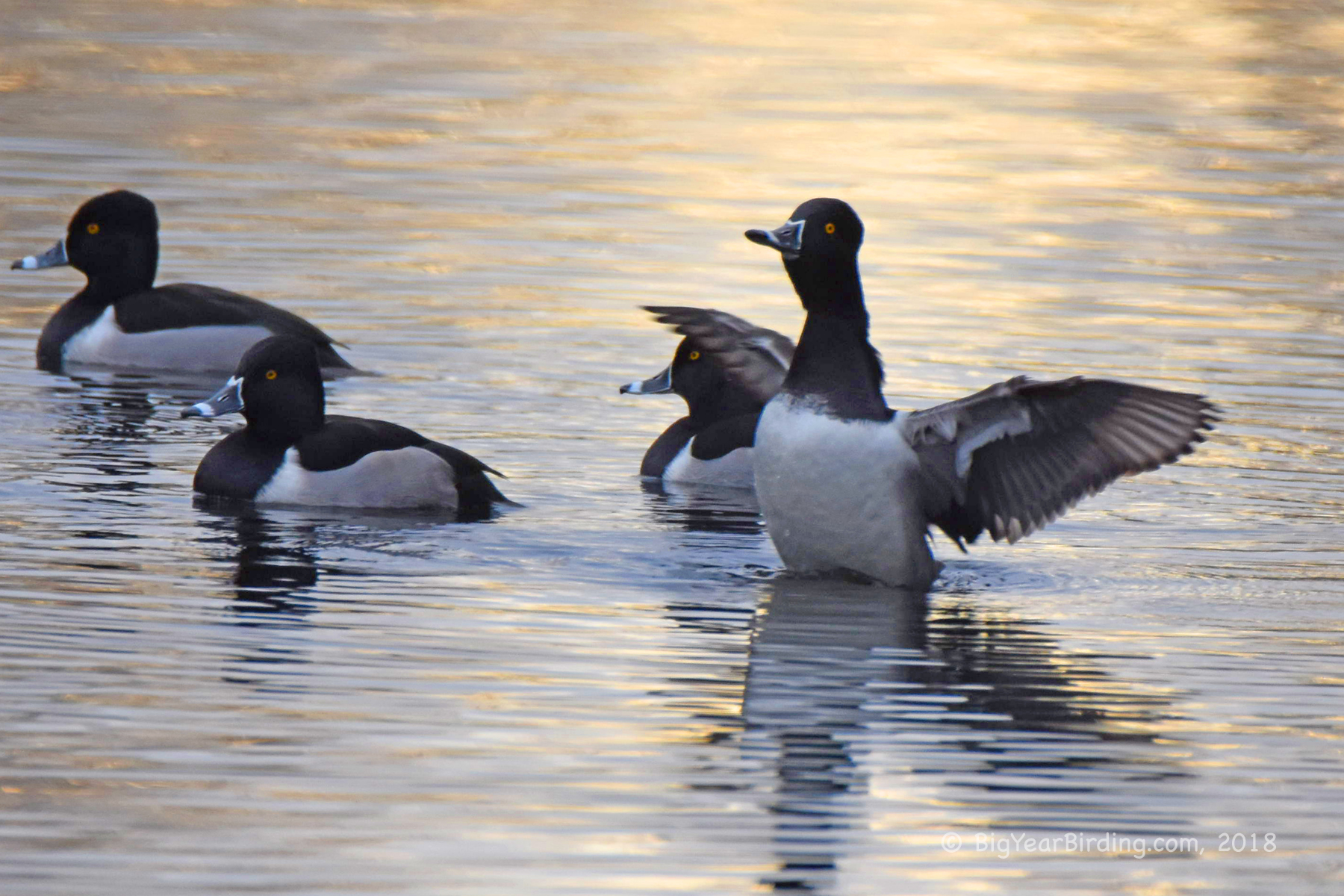 A compact duck with a peaked head, the Ring-necked Duck does have a ringed neck, but the ring is almost never visible in the field. Overall, the Ring-necked Duck is similar in appearance to both the Greater and Lesser Scaups. The male Ring-necked Duck in breeding plumage has a deep-black, iridescent head, breast, and rump, and light flanks. Unlike the scaups, the Male Ring-necked Duck has a black back. He also has a white spur at the shoulder, gray bill outlined with white and with a white ring near the black tip, and yellow eyes. The male in non-breeding plumage is browner on the flanks, but with a darker head, breast, and back. Its bill lacks the white outline, and has a black tip. The Female Ring-necked Duck looks similar to female Greater and Lesser Scaups. She is brown overall with lighter-gray cheeks. Like the scaups, she has a white crescent at the base of her bill, although it is less distinctive than that of either the Greater or Lesser Scaup. The Female Ring-necked Duck can be distinguished from the scaups by the thin, white eye-ring that trails back to her ear, and the peaked shape of her head, as well as by differing habitat. Juveniles look like females.