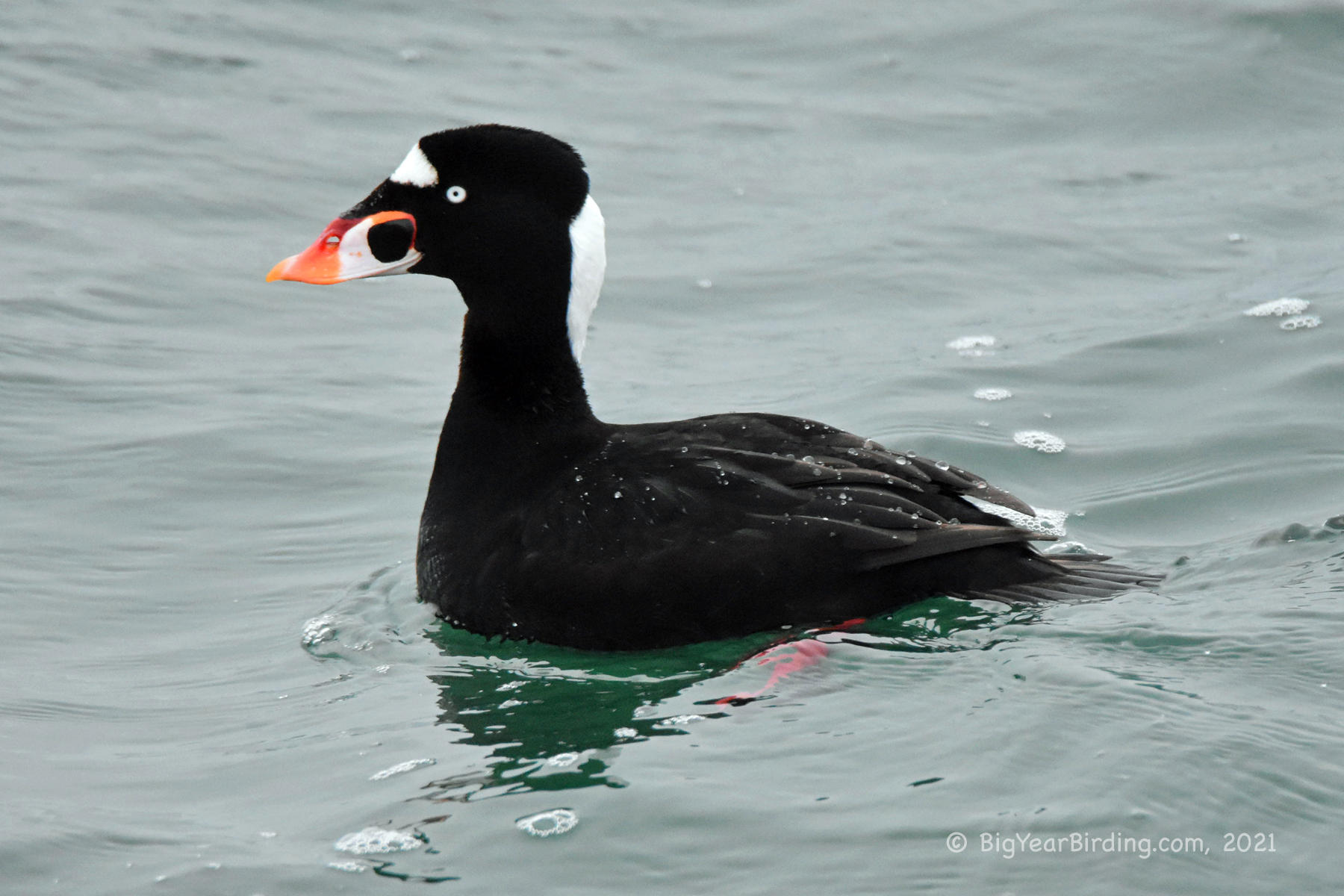 Scoters are large, mostly black or dark gray sea ducks. The male Surf Scoter has a solid black body and black head with white patches at the back of the head and on the forehead above the eyes. This distinctive pattern has earned this bird the nickname ‘skunk-head coot.’ The bill of the adult male is large, swollen at the base, and yellow-orange with a white and yellow splotch on each side and a black spot on the splotch. The female is mostly dark gray. Her bill is shaped like that of the male, although slightly smaller and mostly gray in color. The female has white patches at the base of her bill and white smudging at her ears and back of her head. Both sexes have white eyes. Juveniles are similar to females but have black eyes.