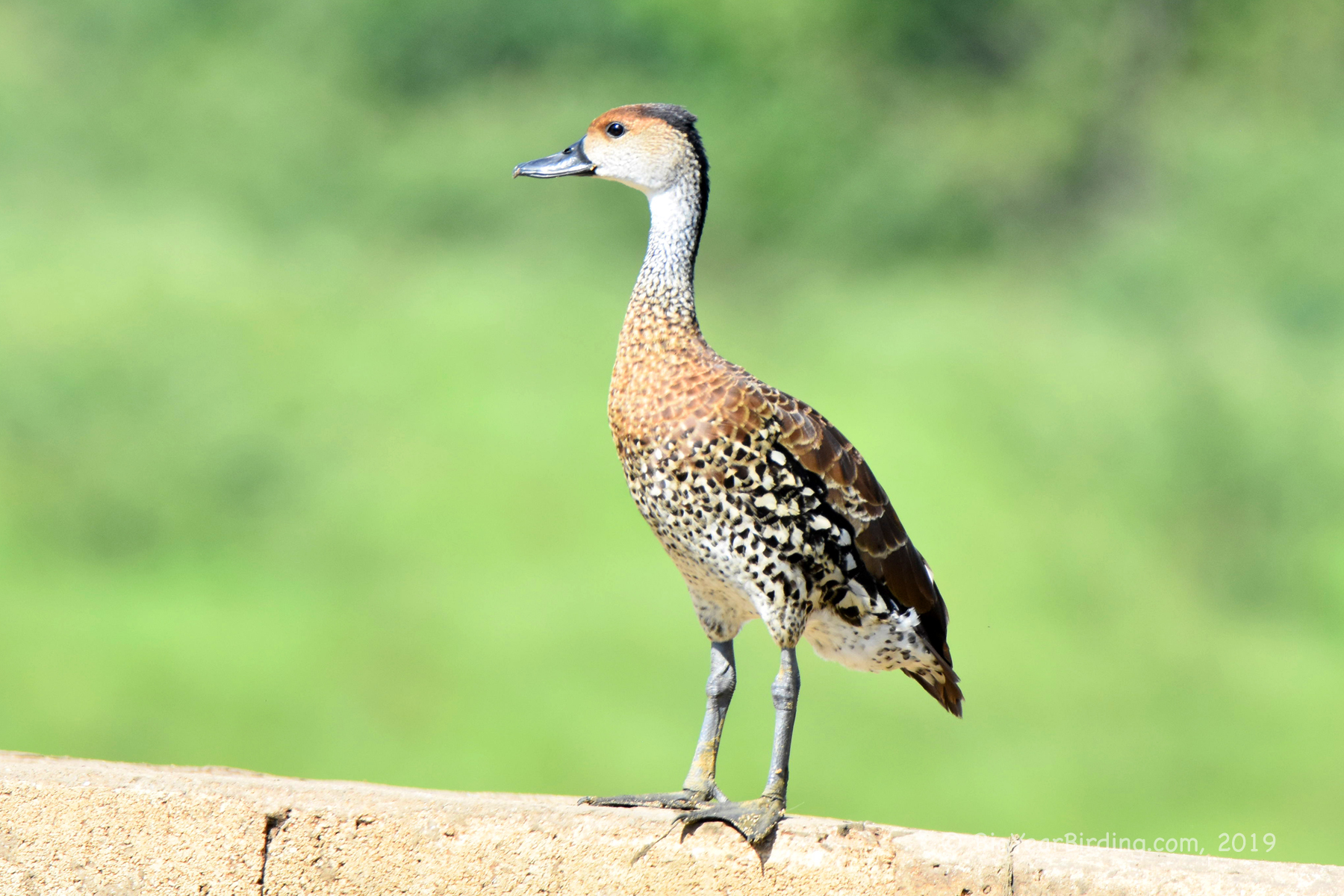 One of the rarest ducks in the Americas, the West Indian Whistling-Duck is a large, graceful, mostly brown duck with black and white speckling on its flanks, long neck and legs, black bill and large feet. It is endemic to the islands of the West Indies where it can be found in a variety of fresh and saline water bodies, including lagoons, swamps, salt ponds, tidal flats, coastal mangroves, rice fields and palm savannas. West Indian Whistling-Ducks populations are very small on most islands and greatly reduced from historical numbers due to excessive hunting, destruction of wetland habitats and predation by introduced invasive species such as mongoose, rats and feral dogs and cats. Conservationists are seeking to identify important habitats and sites used by this species across its range and to assess population size in each country.