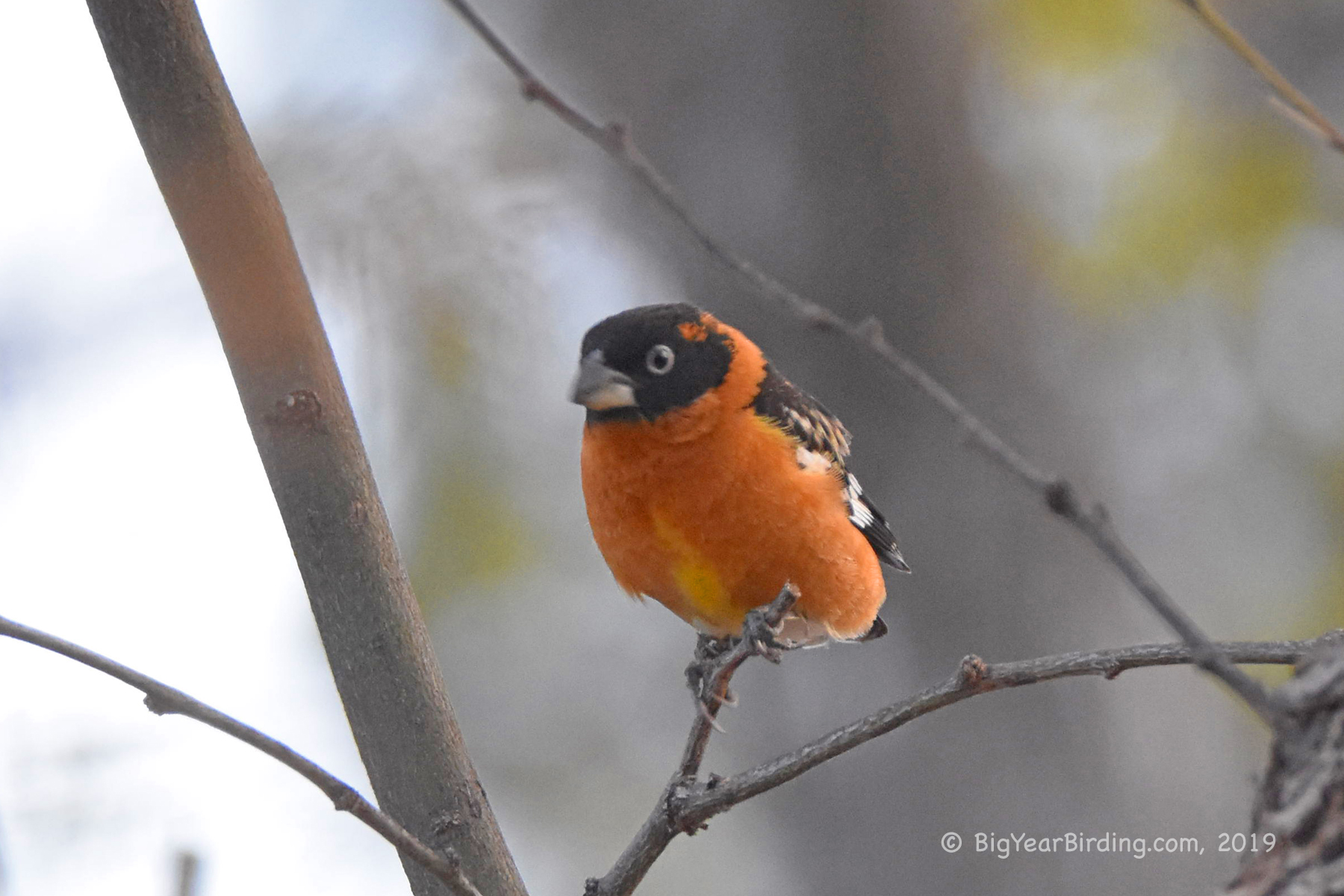 Black-headed Grosbeaks are medium-sized songbirds with short, thick bills. The male is striking, with a black head, rusty-orange breast, nape, and rump, black back, wings, and tail, and white patches on its wings. The under-wing linings are yellow, and the outer tail feathers are white; both of these can be seen in flight. The female is drab and streaked, but also has yellow under-wing linings. She has a dark crown, a white line above the eye and below the cheek, and two white wing-bars on each wing. First-year males are streaked like females but have more orangey underparts.