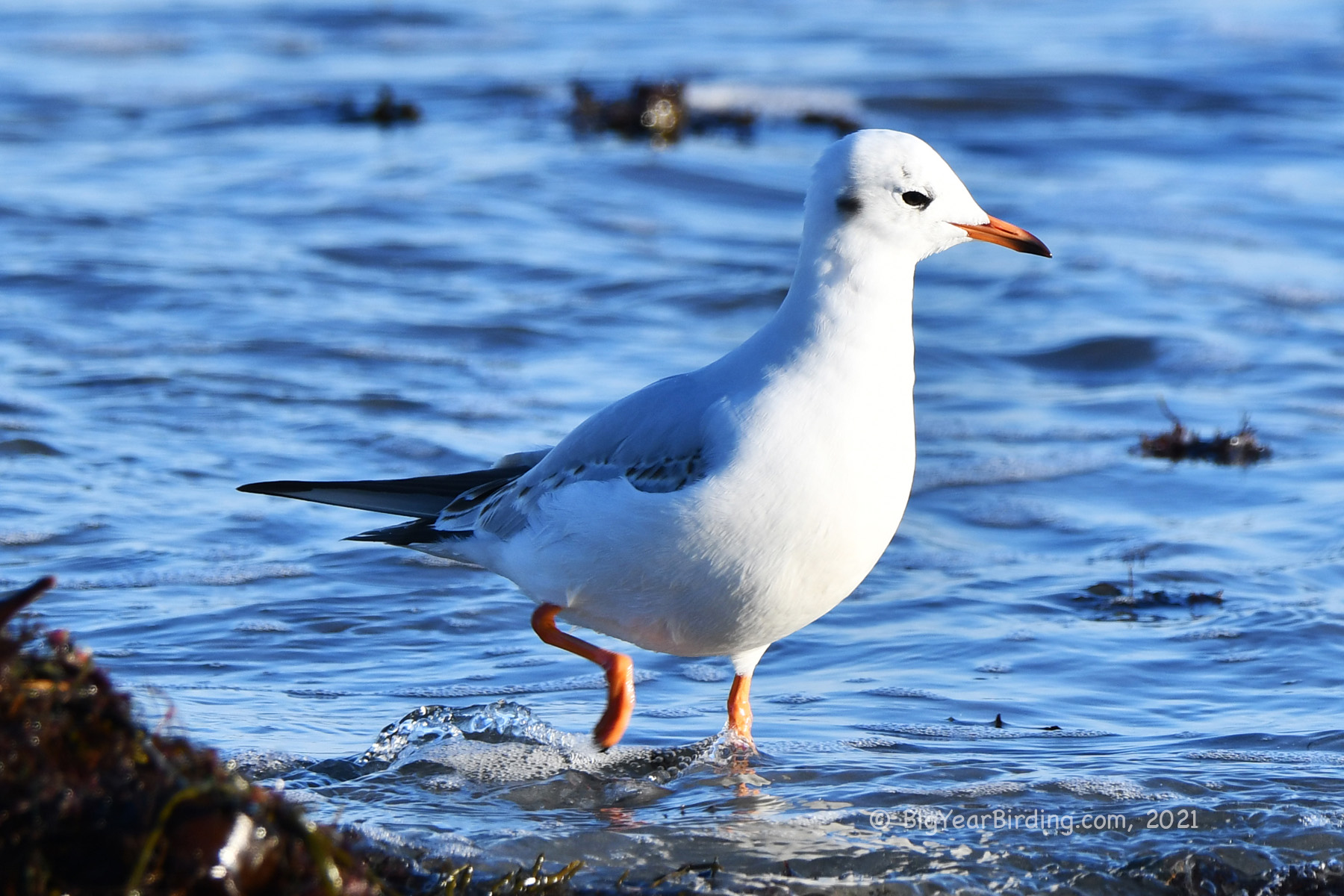 The black-headed gull  is a small gull that breeds in much of Europe and Asia, and also in coastal eastern Canada. Most of the population is migratory and winters further south, but some birds reside in the milder westernmost areas of Europe. Some black-headed gulls also spend the winter in northeastern North America, where it was formerly known as the common black-headed gull.