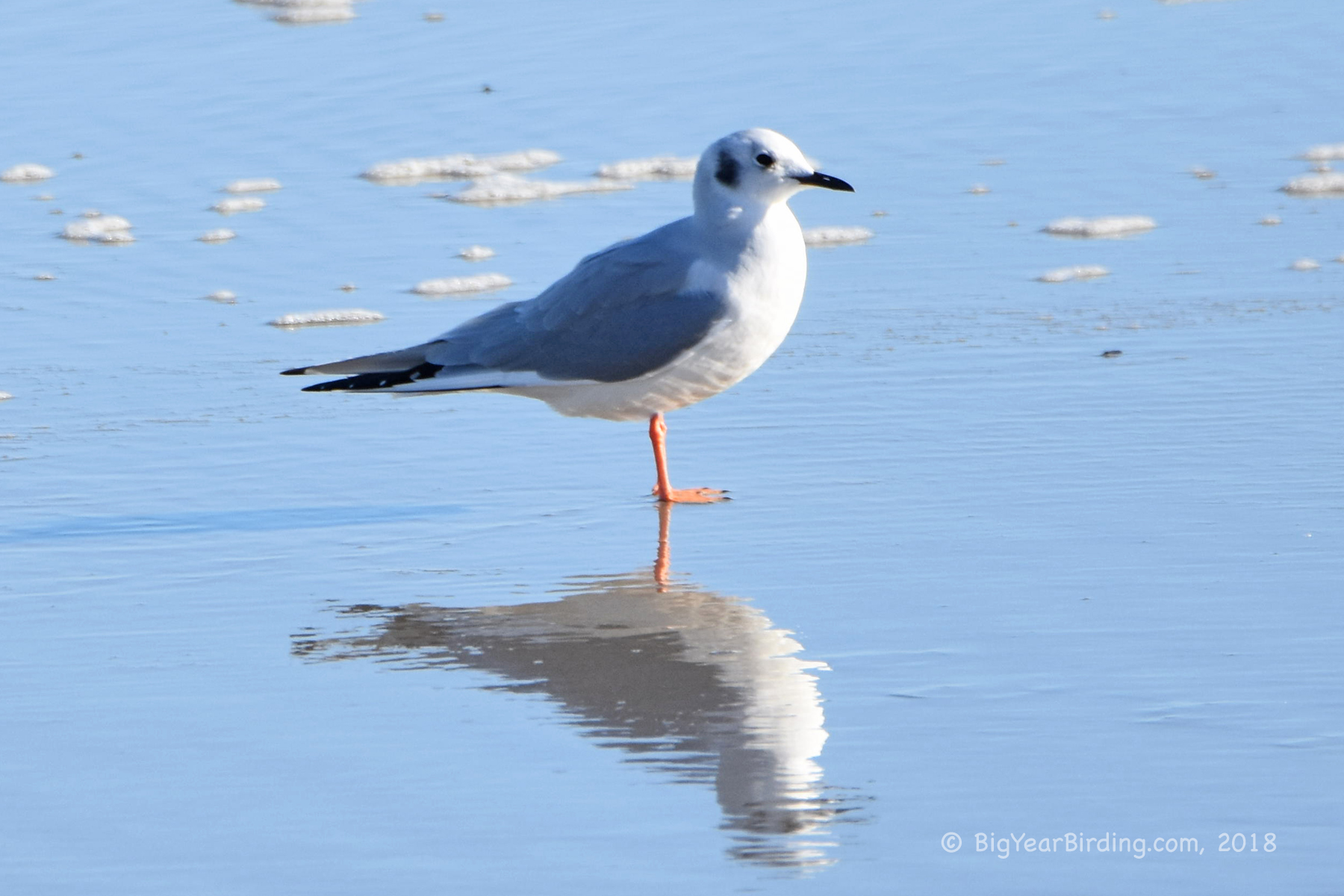 The smallest gull seen over most of North America, the Bonaparte’s Gull is often described as delicate and tern-like in flight. This gull has narrow wings, a slender, black, pin-like bill, and pink legs. It has a light slate-gray back, with a black line down the trailing edge of the outer wing, and a white belly. The leading edges on the upper surfaces of the outer wing are white. In breeding plumage, the adult has a black head and an incomplete white eye-ring. Non-breeding adults lack the black hood. The adult’s head is white with dark smudges and a dark ear-spot. Dark markings on the wings of the juvenile look like a narrow, dark ‘M’ across its back in flight. Bonaparte’s Gulls reach maturity when they are two years old.