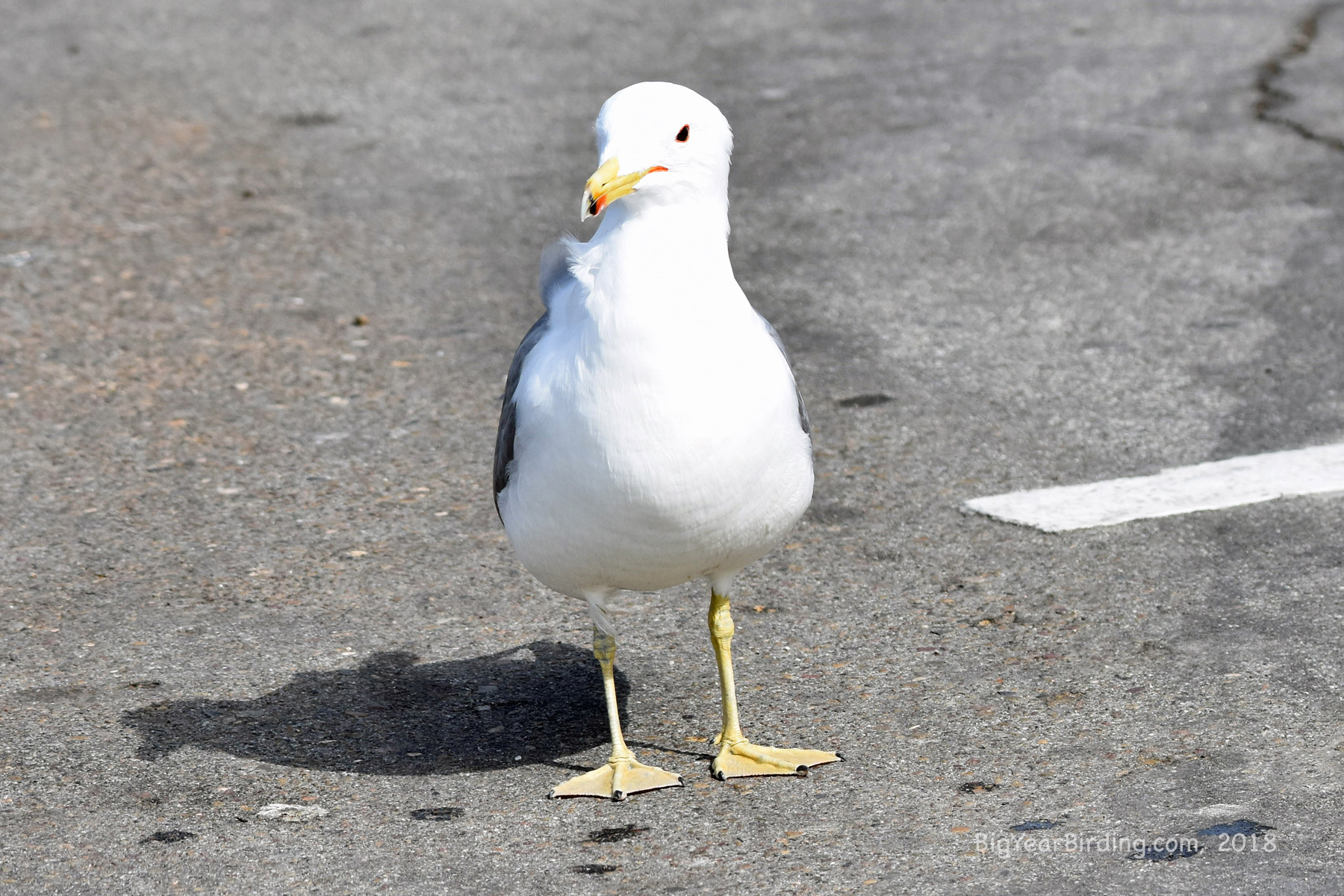 A medium-sized gull, the California Gull has the typical ‘gull-like’ appearance’slate-gray back and wings, white head and body, and black wingtips with white spots. The black on the wingtips is more extensive than that of other gulls. The California Gull’s eye is dark, and its legs are greenish-yellow. The beak is yellow with red and black marks. Juveniles are, to varying degrees, mottled brown and white, mixed with the adult plumage, with pink legs and beak. It takes four years for California Gulls to mature. This gull is intermediate in size between the smaller Ring-billed Gull and the larger Herring Gull, both of which it resembles.