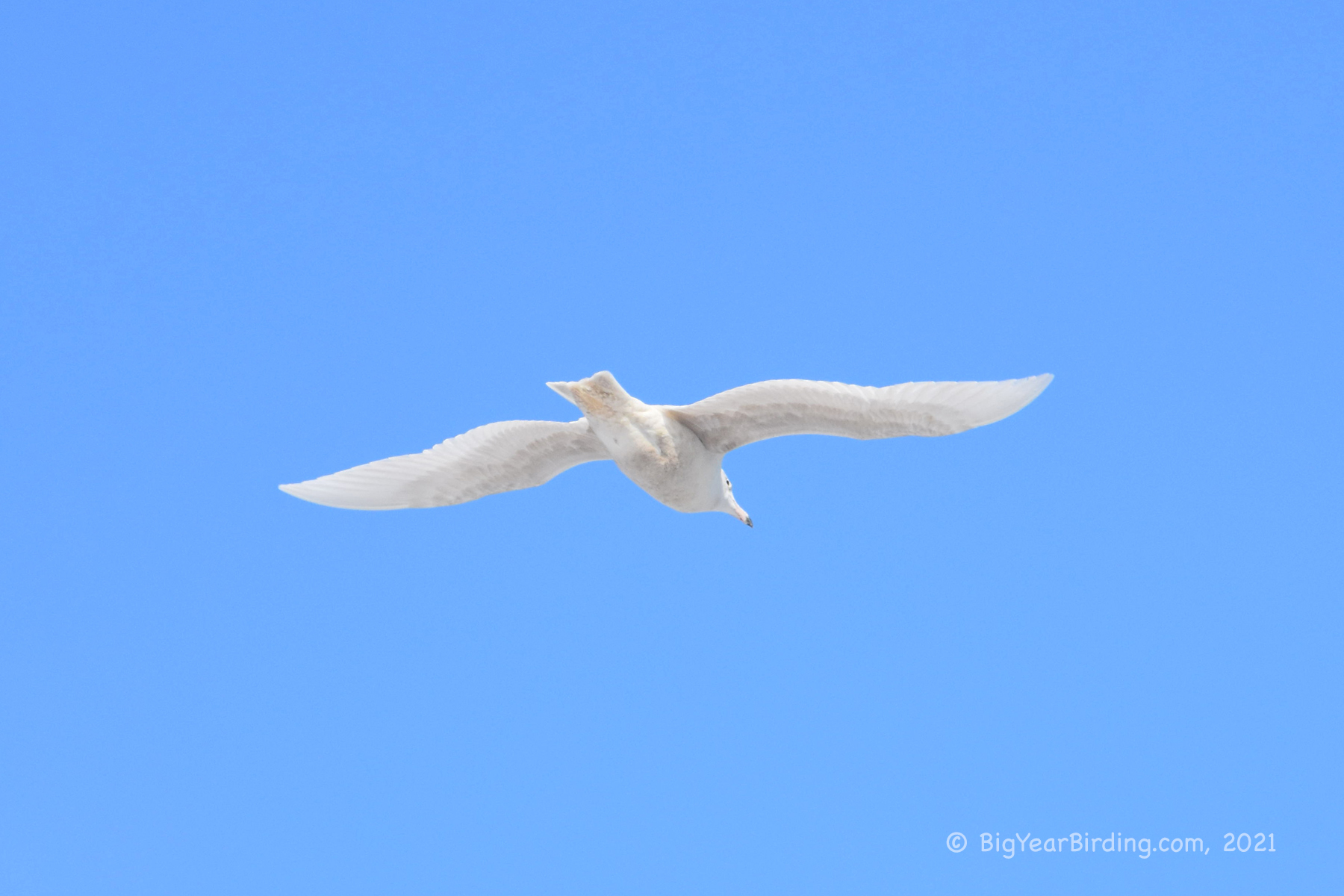 An inhabitant of the far north, the Glaucous Gull is a large, pale gull with a large bill. The adult appears very white. Its back and wings are light gray, and the wingtips are white, with no black on the wing. The tail is white. The legs are pink, and the eyes are yellow. The bill is yellow with a red spot. In the non-breeding season, the adult’s head is streaked with brown. Birds in breeding plumage have pure white heads and fleshy yellow eye-rings. The Glaucous Gull may be confused with the Glaucous-winged Gull, with which it hybridizes. Like most of the large gulls, this is a ‘4-year gull,’ meaning that it takes 4 years to reach adult plumage, with a different sub-adult plumage each year. Juveniles are mostly white with buff markings. The first-year plumage is distinguished from that of a Glaucous-winged Gull by the distinctly bi-colored bill with a dark tip and a flesh-pink base.