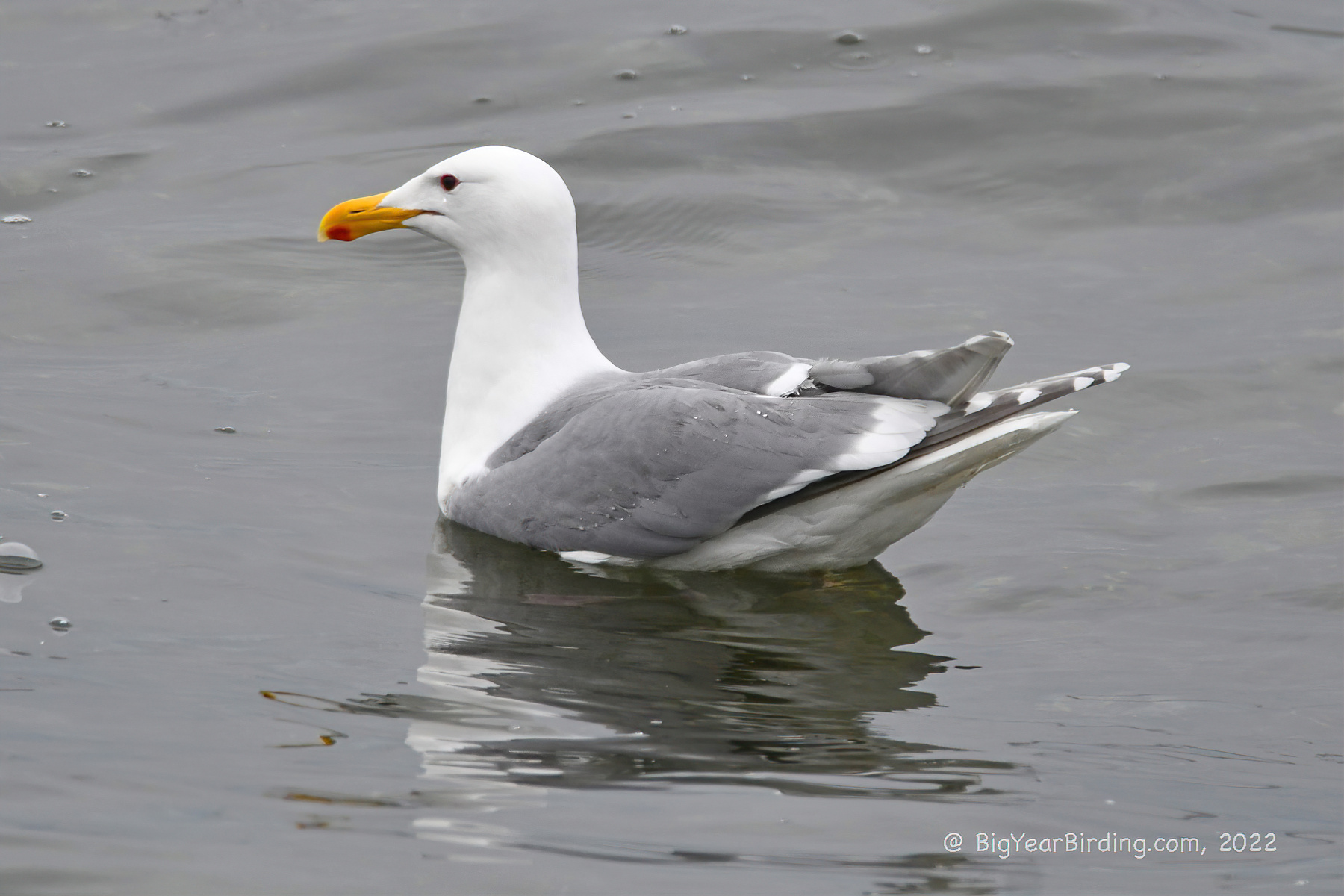 The typical large gull of the Pacific Northwest, the Glaucous-winged Gull frequently hybridizes with other gulls and often displays intermediate plumage characteristics. During the non-breeding season, the adult Glaucous-winged Gull has a solid gray-blue mantle (back and wings), a white tail, and a white head streaked with brown. The bill is very large. The wingtips are gray or gray-black, not deep black like many gull species. The underwings are white with a band of blue-gray. The legs are pink, and the beak is yellow with a red spot. The eye is dark brown, or rarely yellowish. During the breeding season, the head is pure white, and the eye has a fleshy pink eye-ring. Like the other large gulls in Washington, the Glaucous-winged Gull is a ‘four-year gull,’ in that it takes four years to reach adult plumage. The juvenile is mottled brown with a dark eye and bill. This plumage varies and takes on more of the characteristics of adult plumage in each successive year. Identification of these gulls can be confusing, thus an advanced field guide and assistance from an experienced observer are highly beneficial for descriptions of hybrids and identification of gulls.