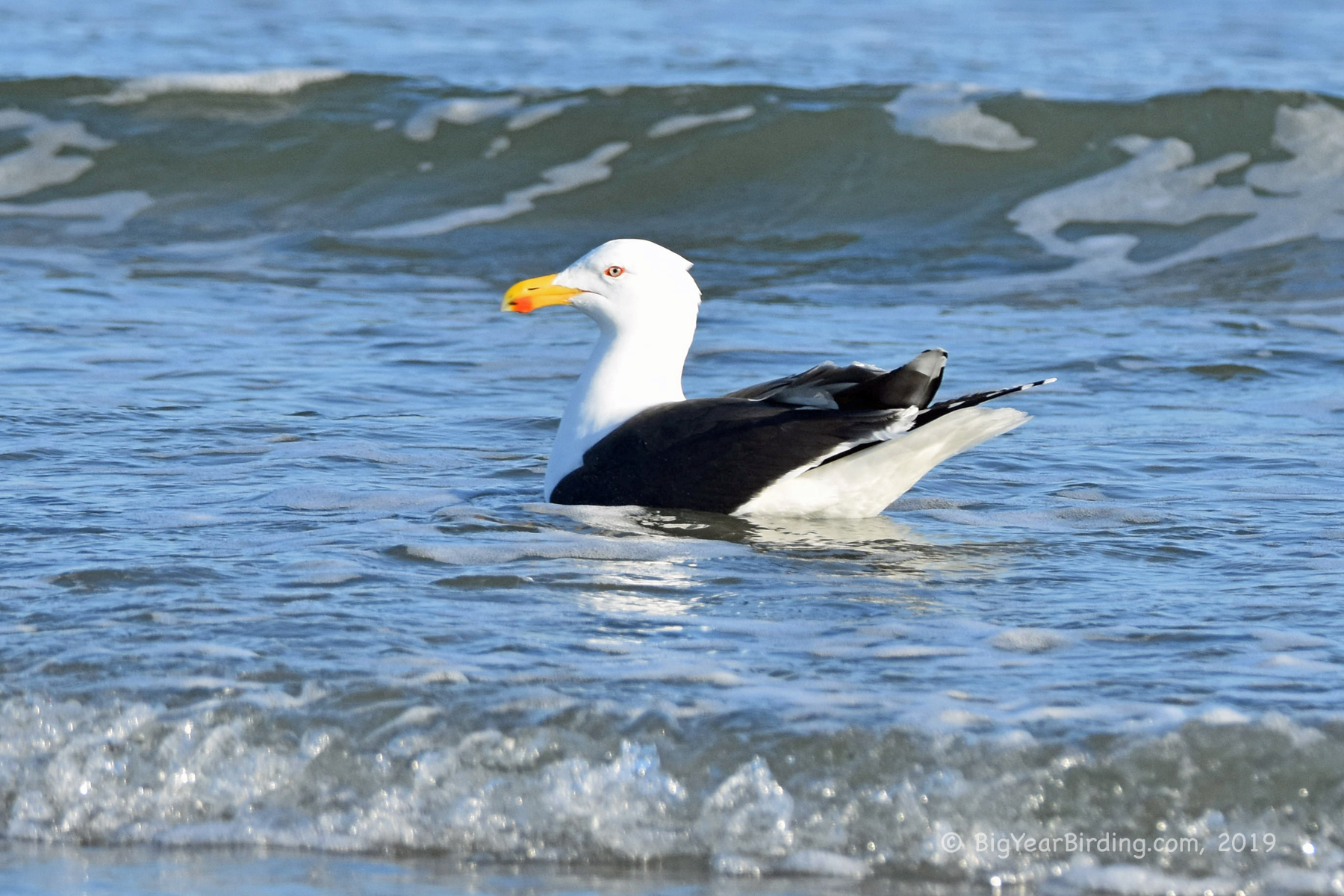 Although variable in size, the Great Black-backed Gull is on average the largest of all gulls, with some individuals weighing more than five pounds. In adult plumage, attained in four years, it has a large head and heavy bill, yellow eye (usually), and light pink legs. Its dark gray-black mantle is darker than that of any other gull likely to be seen in North American.