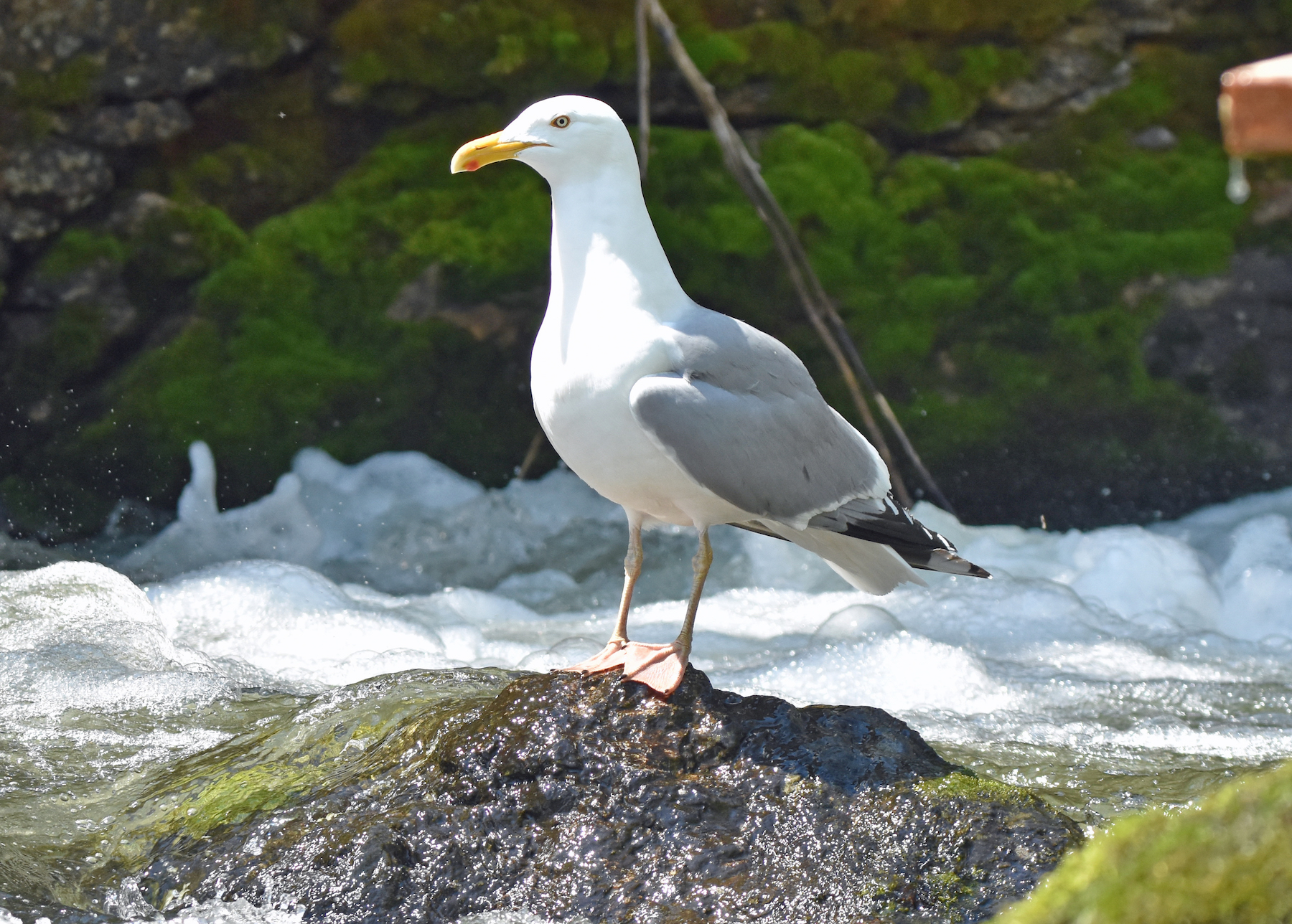 The Herring Gull is a large gull that can easily be confused with almost any of the other large gull species. The adult wears the typical gull-like plumage of slate-gray back and wings, a white body and head, and black wingtips spotted with white. The legs of the Herring Gull are pink, and the eyes are yellow. The beak is yellow with a red spot on the lower mandible, as in most large gulls. In breeding plumage, the eye has a narrow, fleshy, red ring. Juvenile plumage has a varying degree of mottled brown and white. Herring Gulls reach maturity when they are four years old.