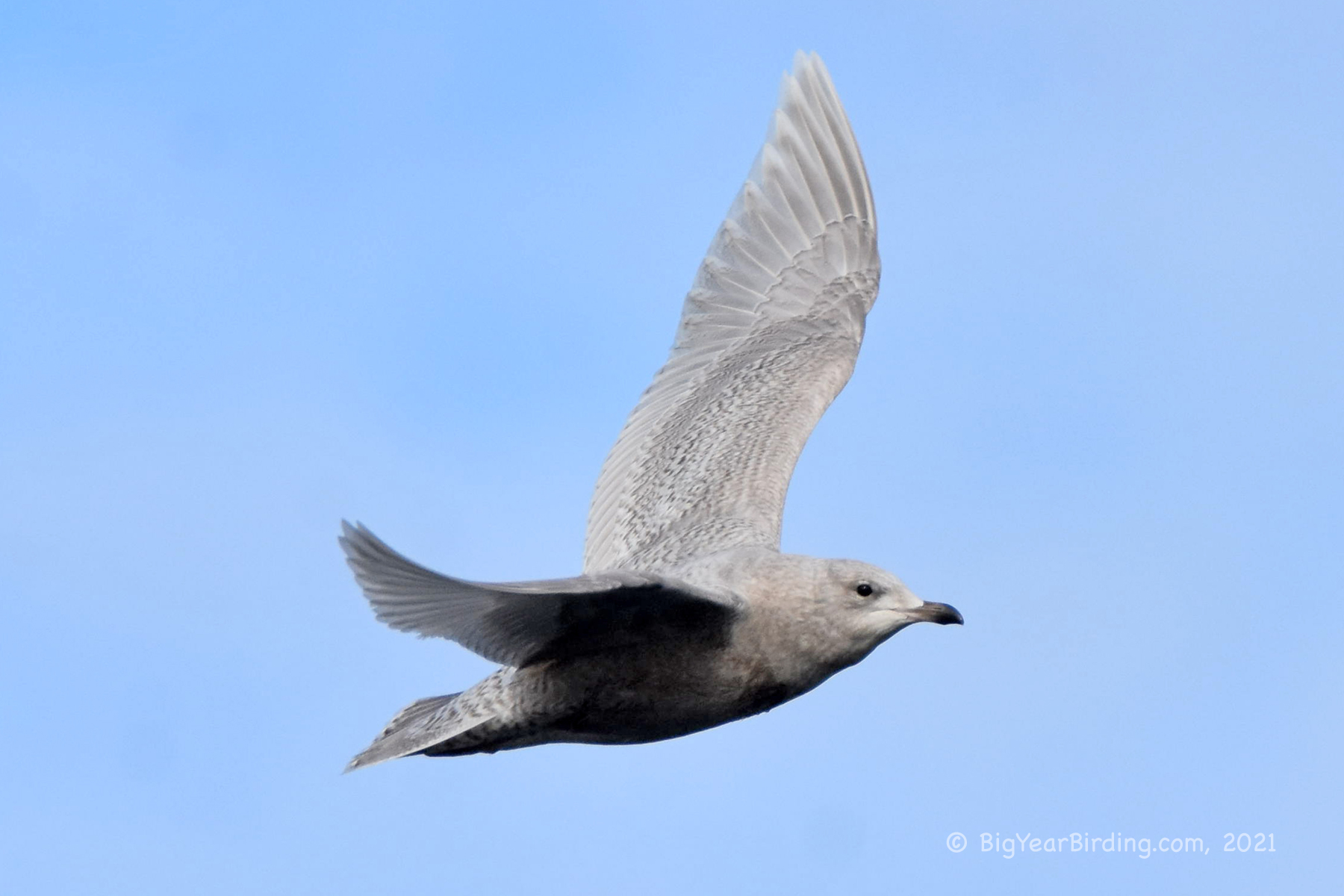 A medium-size gull, it has a rounded head and smallish beak, giving it a dove-like expression.  In all plumages Iceland Gulls can be distinguished from most other gulls by the distinctively pale, mostly white, primaries with no sign of any black in the wing. The Glaucous Gull has a similar wing pattern but the Iceland Gull is a smaller bird about the size of a Herring Gull though slimmer, longer-winged and with a more delicate-looking head and bill. Immatures are mostly a pale creamy-brown with more extensive and less contrasting black in the bill than on a young Glaucous Gull.