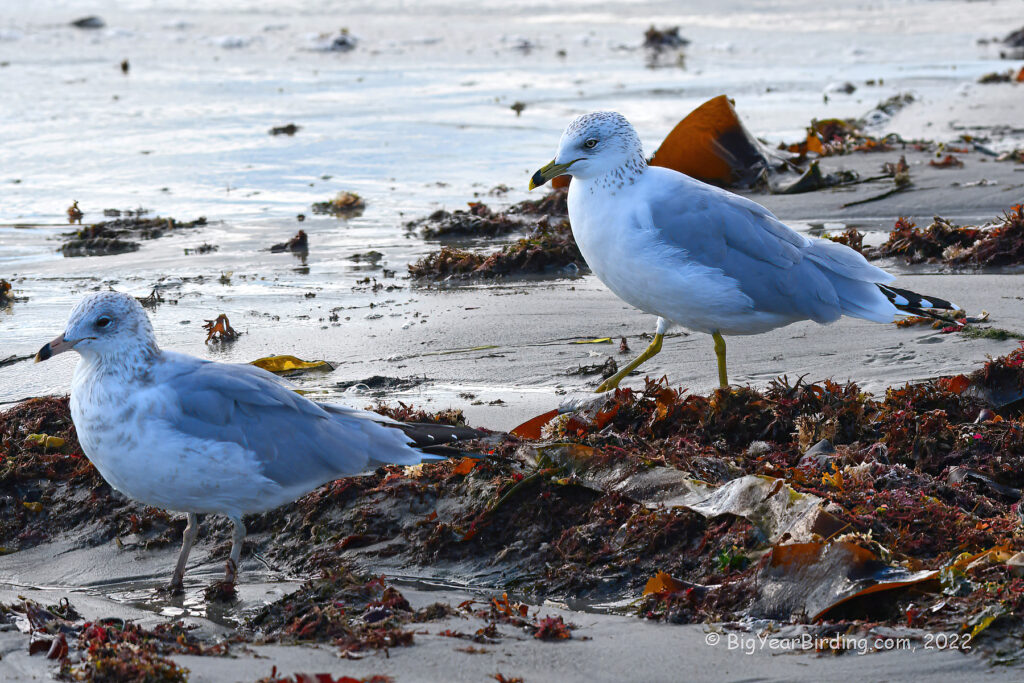 A medium-sized, white-headed gull, the Ring-billed Gull appears similar to the Herring and California Gulls, but is smaller, with a shorter bill that has a broad, black ring around it. The Ring-billed Gull is slightly larger and bulkier than the Mew Gull. The white body and tail, slate-gray back and wings, and black wingtips with large, white spots (windows), typical of most gulls, are all present on the Ring-billed Gull. The juvenile is mottled brown mixed with adult plumage characteristics. It has pink legs and a pink bill with a dark tip. As the bird matures, the legs turn yellow, and the bill becomes yellow with a black ring. The adult’s eye is also yellow. The adult in non-breeding plumage has brown streaking on its head. The Ring-billed Gull takes three years to reach maturity.