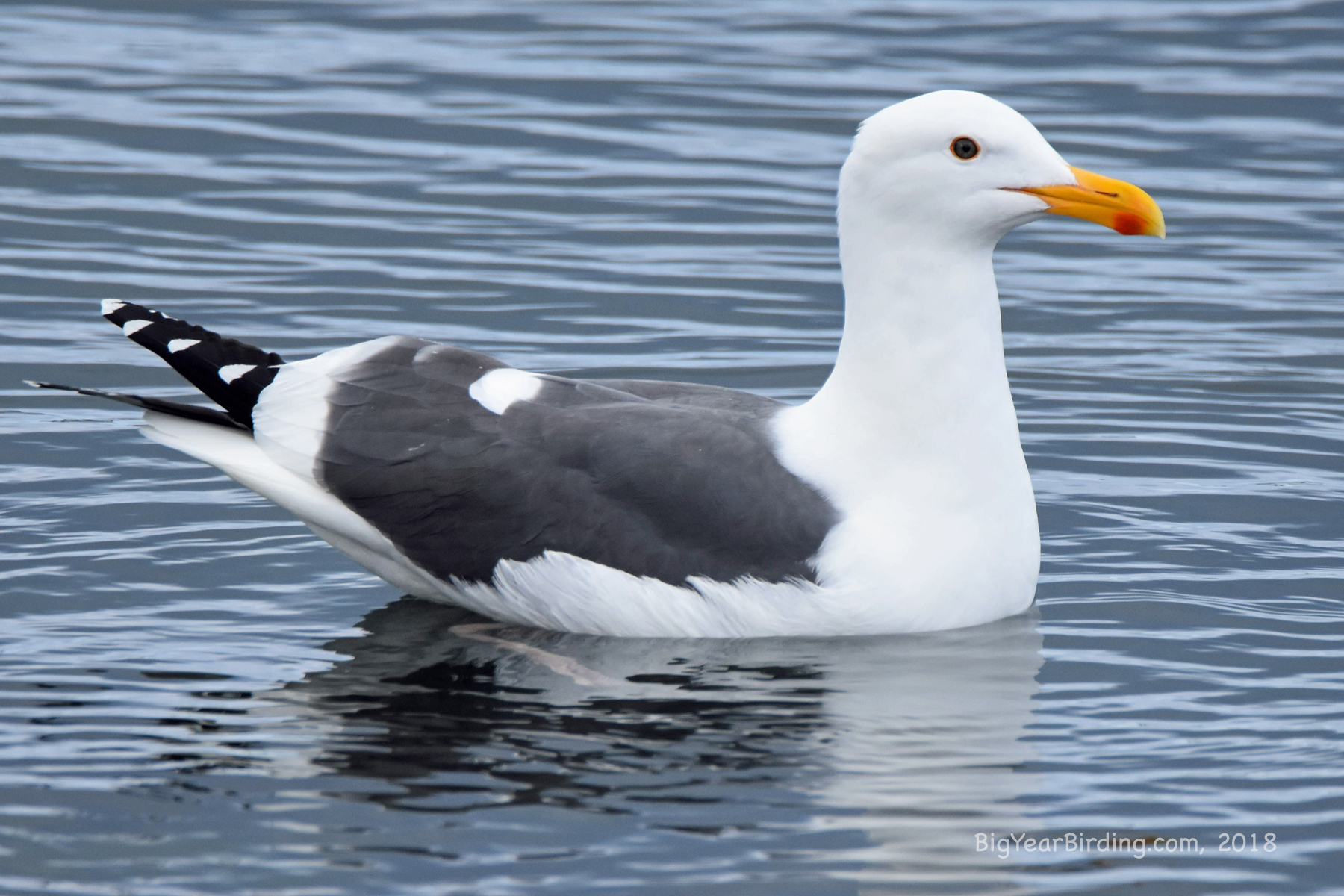 The adult Western Gull has a deep gray back and wings, with black wing-tips that blend into the rest of the wing, unlike many species where the black is clearly defined. The underwing is white with a narrow band of gray. The head is mostly white, with a limited amount of brown streaking, especially in non-breeding plumage. The large bill is yellow with a red spot, and the eye is dark yellow. Like the other large gulls, the Western Gull is a four-4 year gull, meaning that it takes four years to achieve adult plumage. Juveniles are mottled brown, with a dark bill and dark eyes, and pinkish-gray legs. This plumage varies and takes on more of the adult plumage characteristics in each successive year.