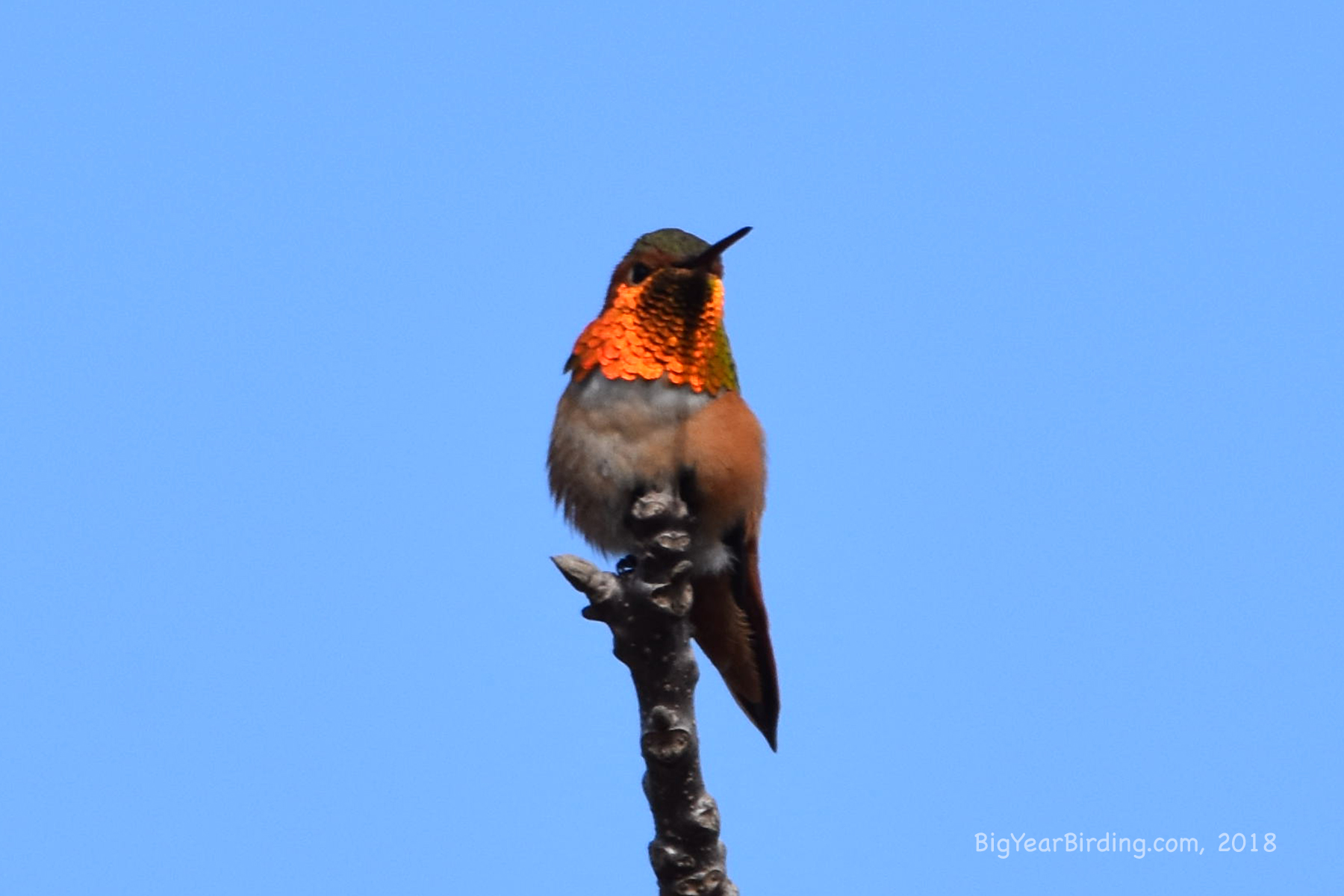 The male has a green back and forehead, with rust-colored (rufous) flanks, rump, and tail. The male’s throat is an iridescent orange-red. The female and immature Allen’s hummingbirds are similarly colored, but lack the iridescent throat patch, instead having a series of speckles on their throats. Females are mostly green, featuring rufous color only on the tail, which also has white tips.