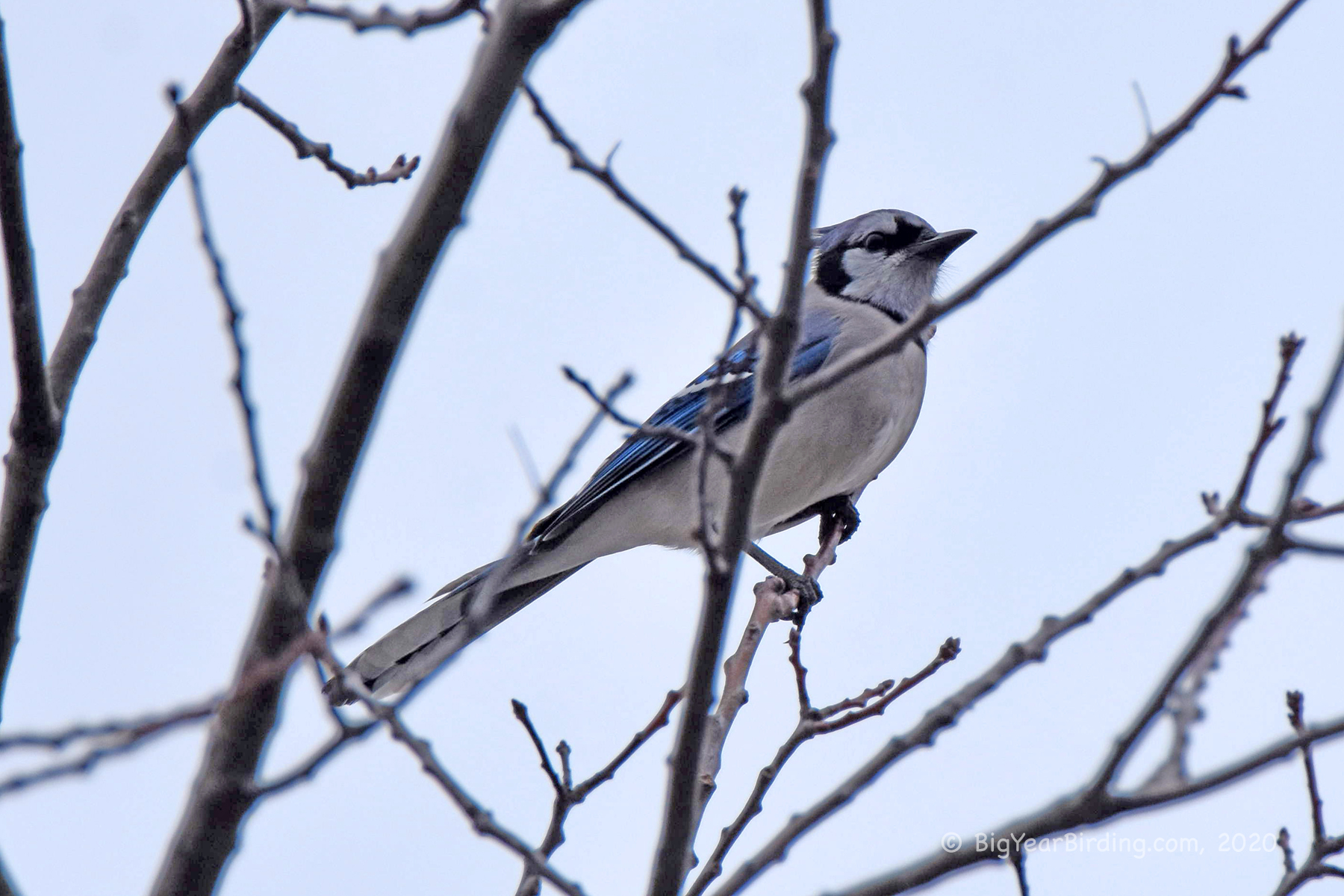 The blue jay mainly feeds on nuts and seeds such as acorns, soft fruits, arthropods, and occasionally small vertebrates. It typically gleans food from trees, shrubs, and the ground, though it sometimes hawks insects from the air. Like squirrels, blue jays are known to hide nuts for later consumption. It builds an open cup nest in the branches of a tree, which both sexes participate in constructing. The clutch can contain two to seven eggs, which are blueish or light brown with brown spots. After hatching young may remain with their parents for one to two months.