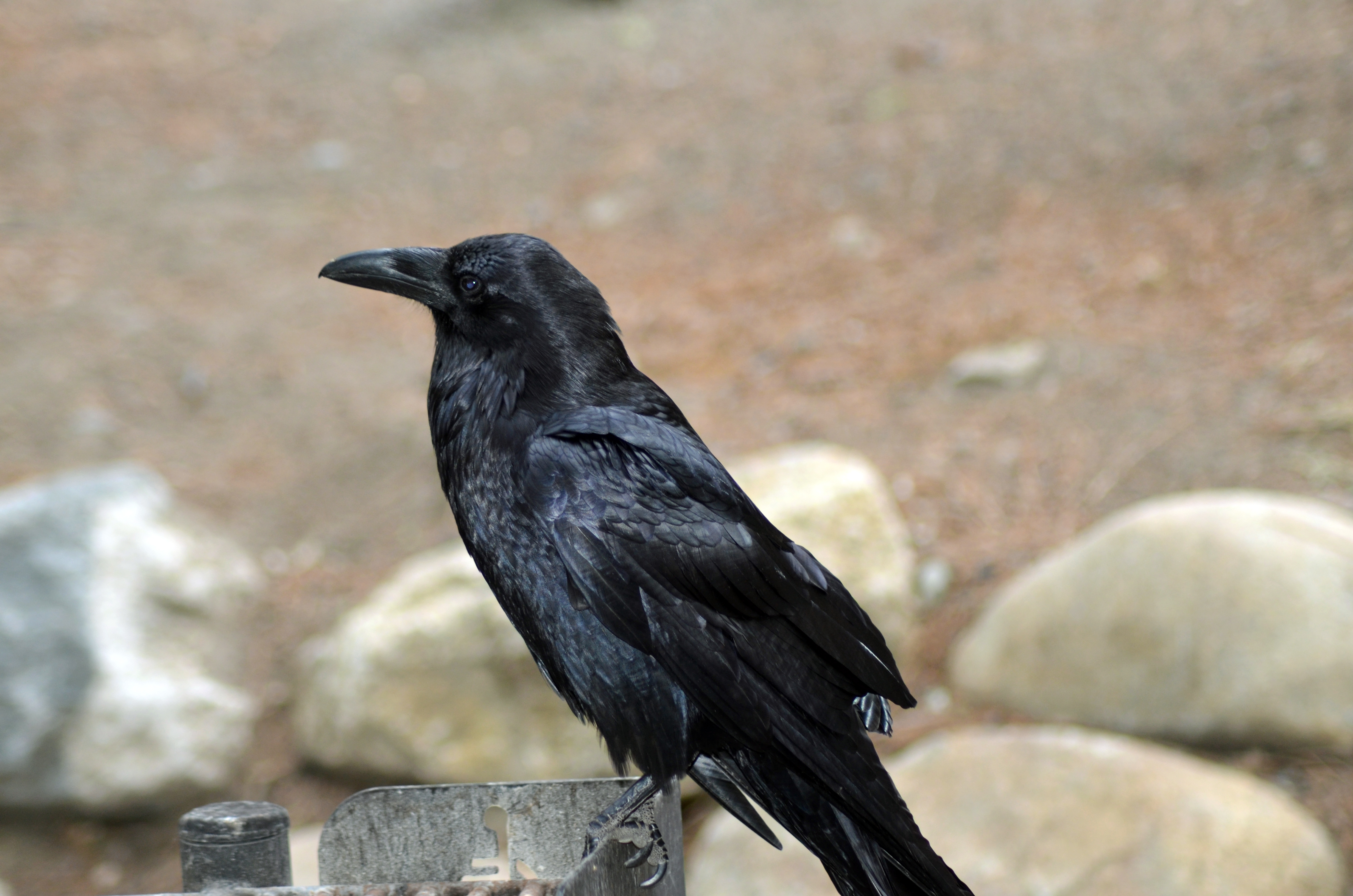 Common Ravens are large, black birds, with strong, heavy bills. They look rather like American Crows but are much larger and can weigh more than four times as much. When size isn’t enough to distinguish the two species, look for the heavier bill and the shaggy feathers around the raven’s throat. In flight, the raven shows a wedge-shaped tail from below, unlike the crow, which has a slightly rounded tail. Its wings are longer and less rounded, reminding one of a raptor. Ravens also typically soar and glide, while crows tend to flap continuously and fly in a direct path. Ravens are usually seen in pairs or small family groups rather than in the large flocks that crows often form.