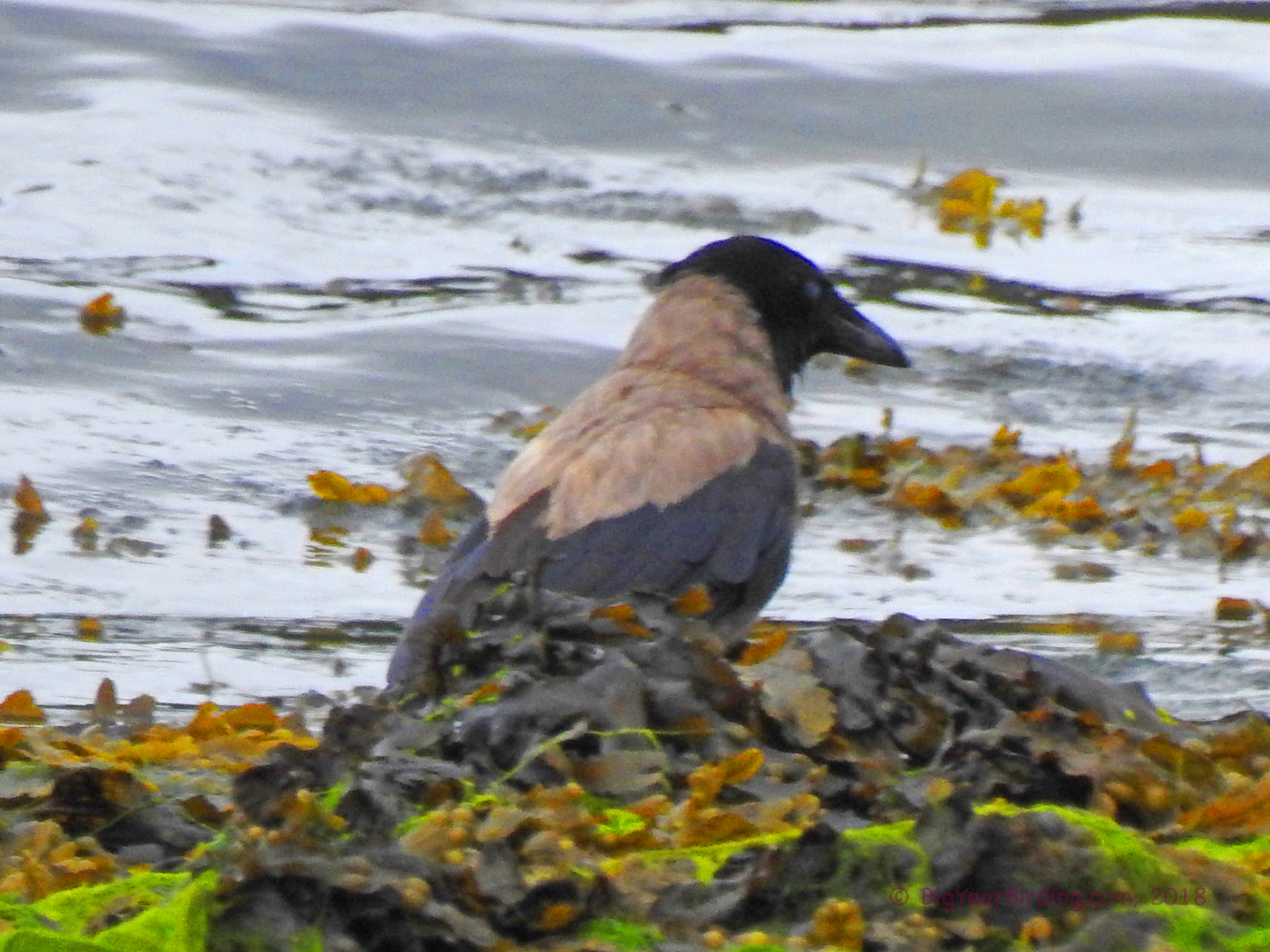 The Hooded Crow,  a Eurasian bird, is widely distributed . . . also known locally as Scotch crow and Danish crow. In Ireland, it is called the grey crow. In German, it is called “mist crow”. Found across Northern, Eastern, and Southeastern Europe, as well as parts of the Middle East, it is an ashy grey bird with black head, throat, wings, tail, and thigh feathers, as well as a black bill, eyes, and feet. It is an omnivorous and opportunistic forager and feeder.