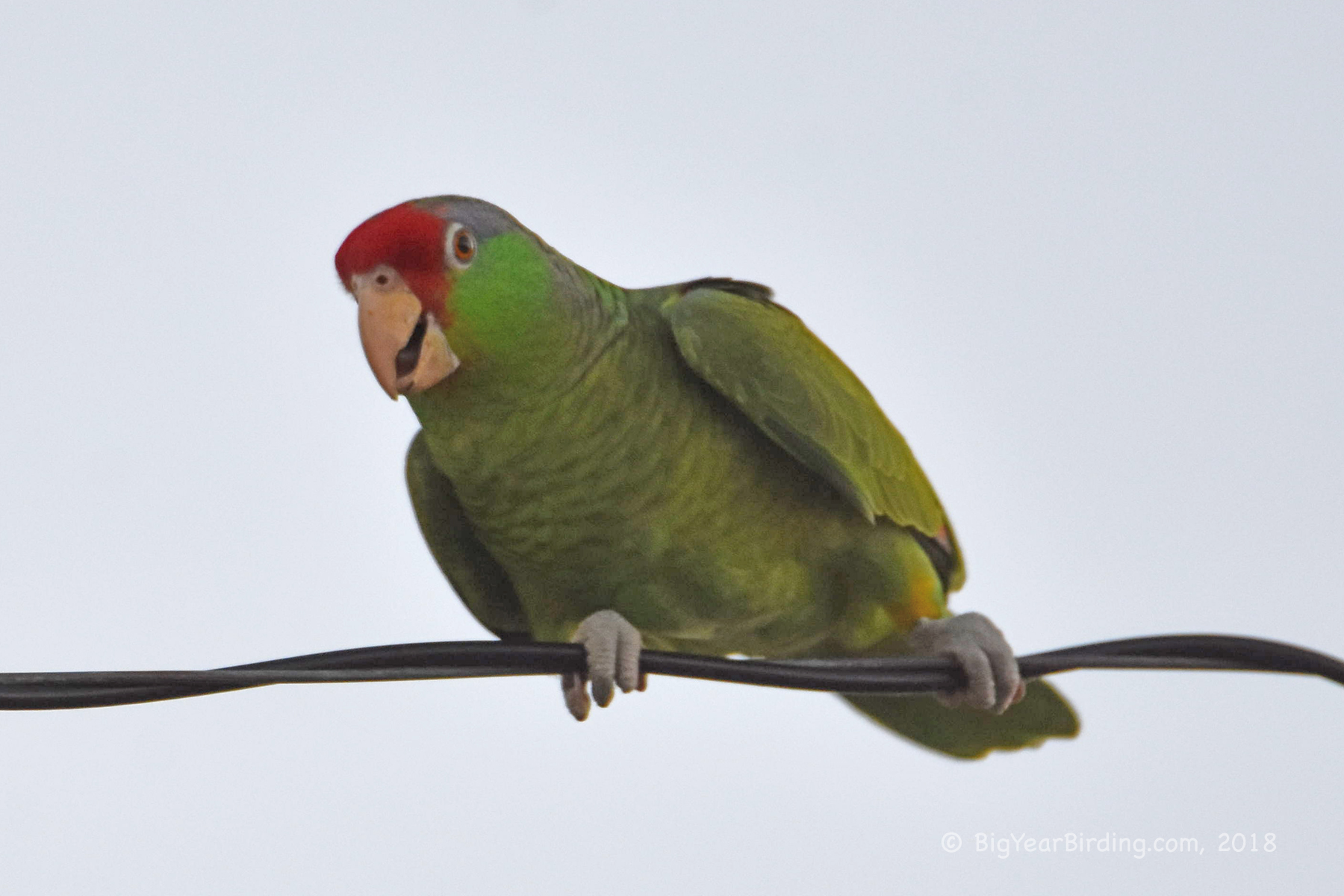 Their natural range is across the lowlands of northeastern Mexico. Feral birds have bred in urban communities of Southern California, Southern Florida, and the island of Oahu in Hawaii. Birds in South Texas may be either feral, descendants of natural vagrants from Mexico, or both. There are roughly 625 feral parrots that can be found in Texas alone. The numbers of wild parrots in the U.S. may rival the natural wild population from Mexico due to their adaptation to urban life. Red-crowned amazons are a resident (non-migratory) species in their native range, but they can wander outside of their breeding range to follow a food source.