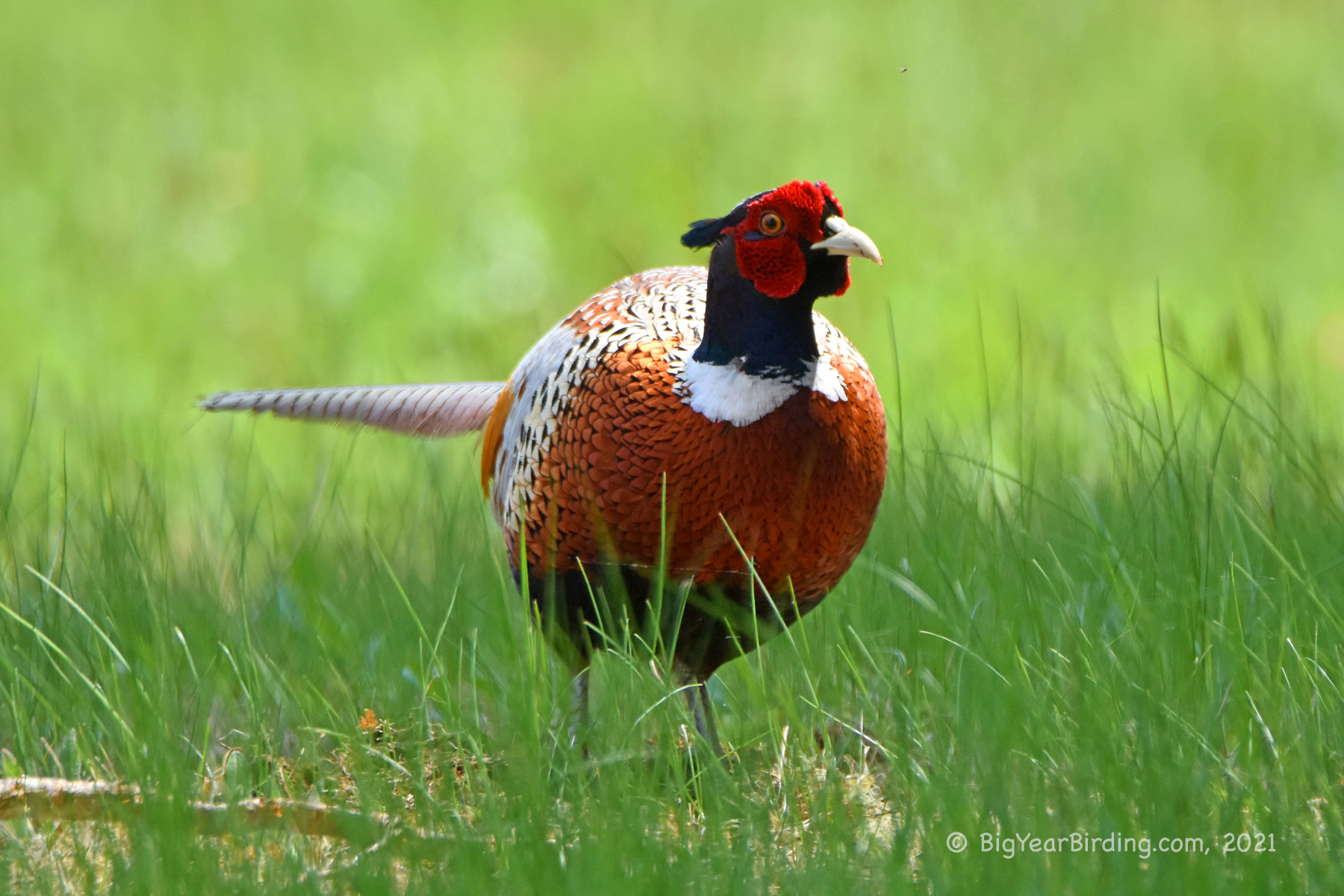 The Ring-necked Pheasant is a large, dramatic bird, approaching nearly 3 feet, with a long, pointed tail. It was introduced from Eurasia for game hunting. The female pheasant is drab and mottled brown. The male is more boldly colored with a darker, mottled body, a white collar, or ring, around his neck, and an iridescent blue-green head with a bold red patch around the eye. The population in North America has many different subspecies, so variation in coloring is common.