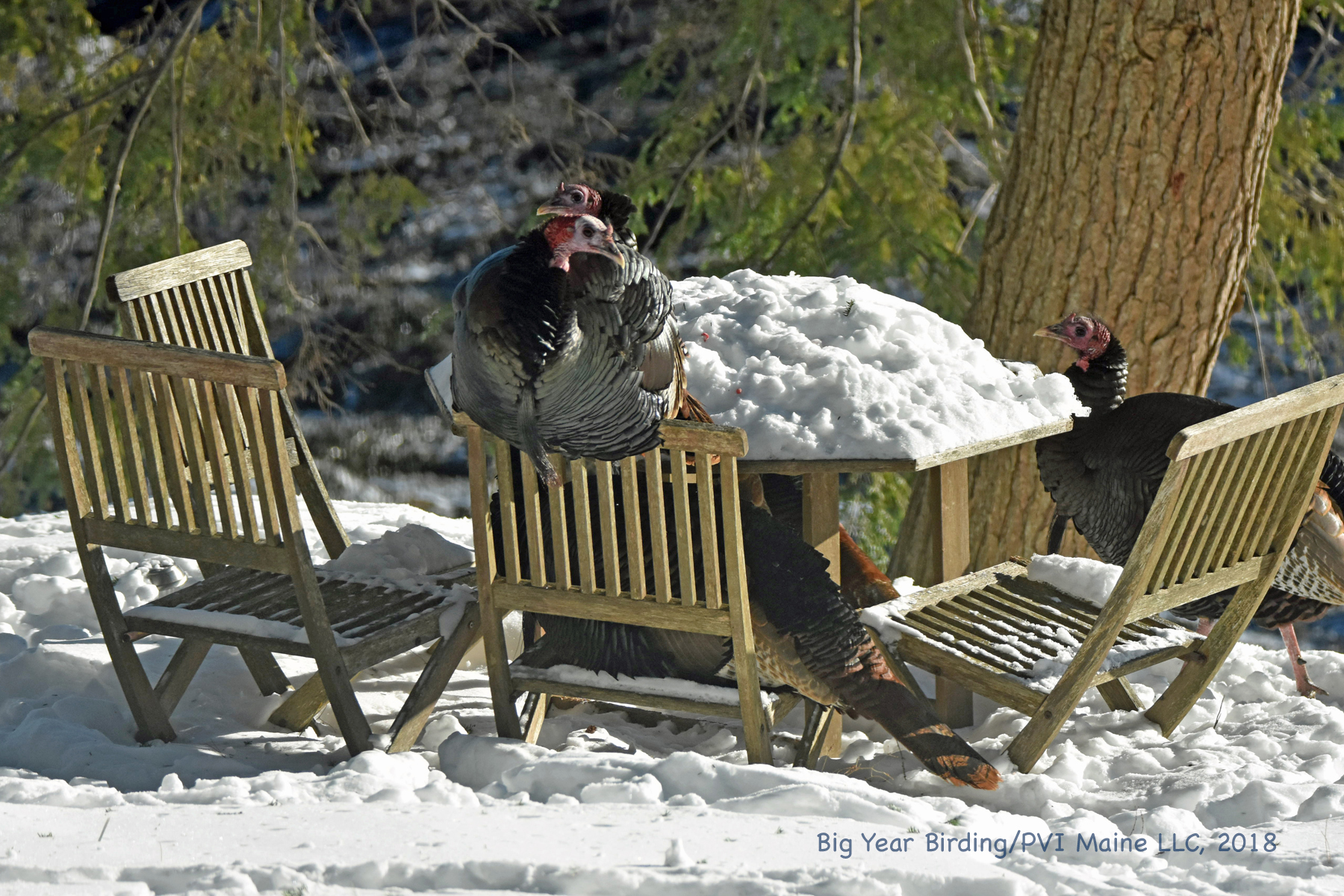 Adult wild turkeys have long reddish-yellow to grayish-green legs. The body feathers are generally blackish and dark, sometimes grey brown overall with a coppery sheen that becomes more complex in adult males. Adult males, called toms or gobblers, have a large, featherless, reddish head, red throat, and red wattles on the throat and neck. The head has fleshy growths called caruncles. Juvenile males are called jakes; the difference between an adult male and a juvenile is that the jake has a very short beard and his tail fan has longer feathers in the middle. The adult male’s tail fan feathers will be all the same length. When males are excited, a fleshy flap on the bill expands, and this, the wattles and the bare skin of the head and neck all become engorged with blood, almost concealing the eyes and bill. The long fleshy object over a male’s beak is called a snood. Each foot has three toes in front, with a shorter, rear-facing toe in back; males have a spur behind each of their lower legs.