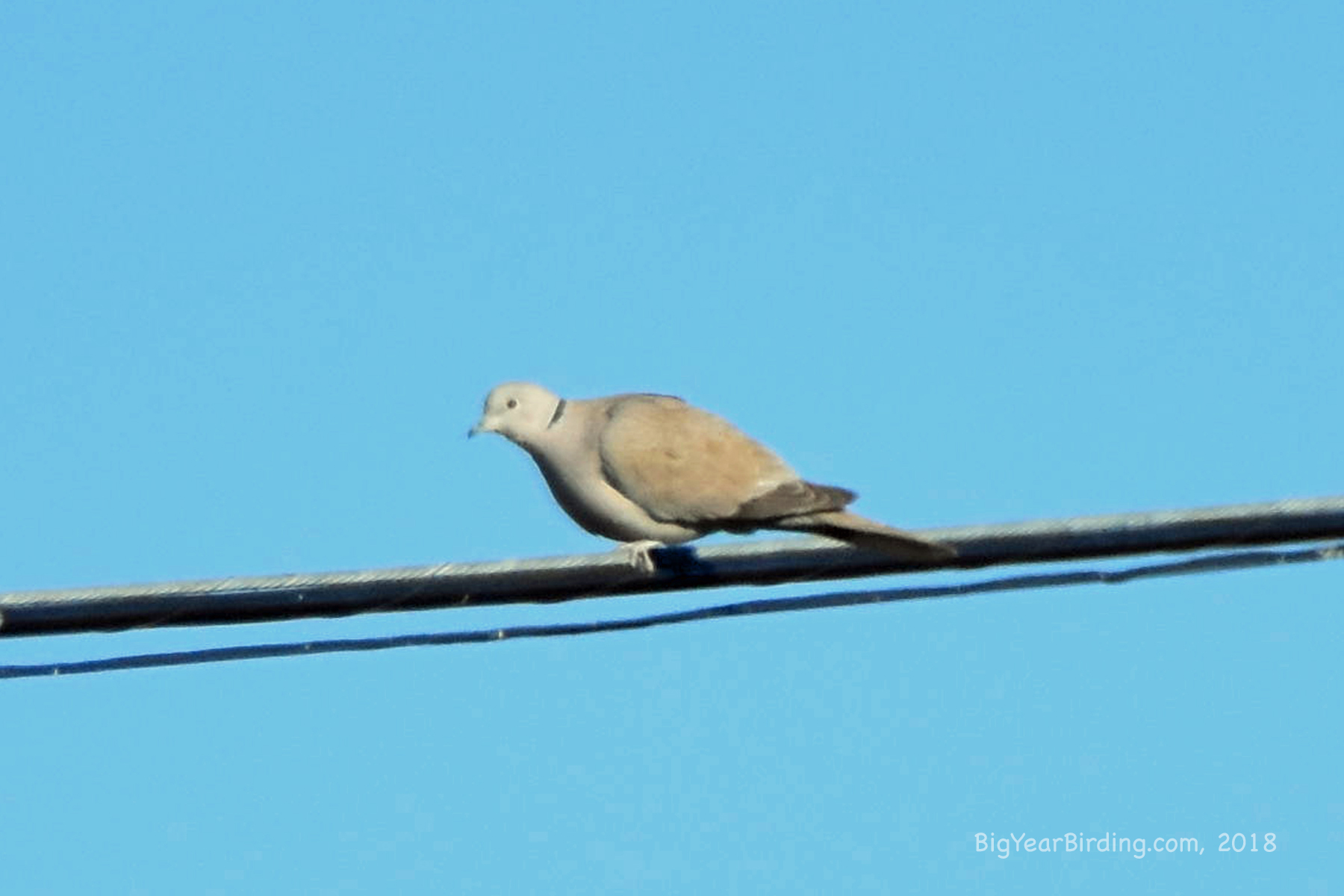 The Eurasian collared dove, most often simply called the collared dove, also sometimes hyphenated as Eurasian collared-dove, is a species of dove native to warm temperate and subtropical Asia, and introduced in North America in the 1980s. In the latter half of the 20th century the species’ native range vastly expanded, and it can now be found from Southeast Asia through to Western Europe.