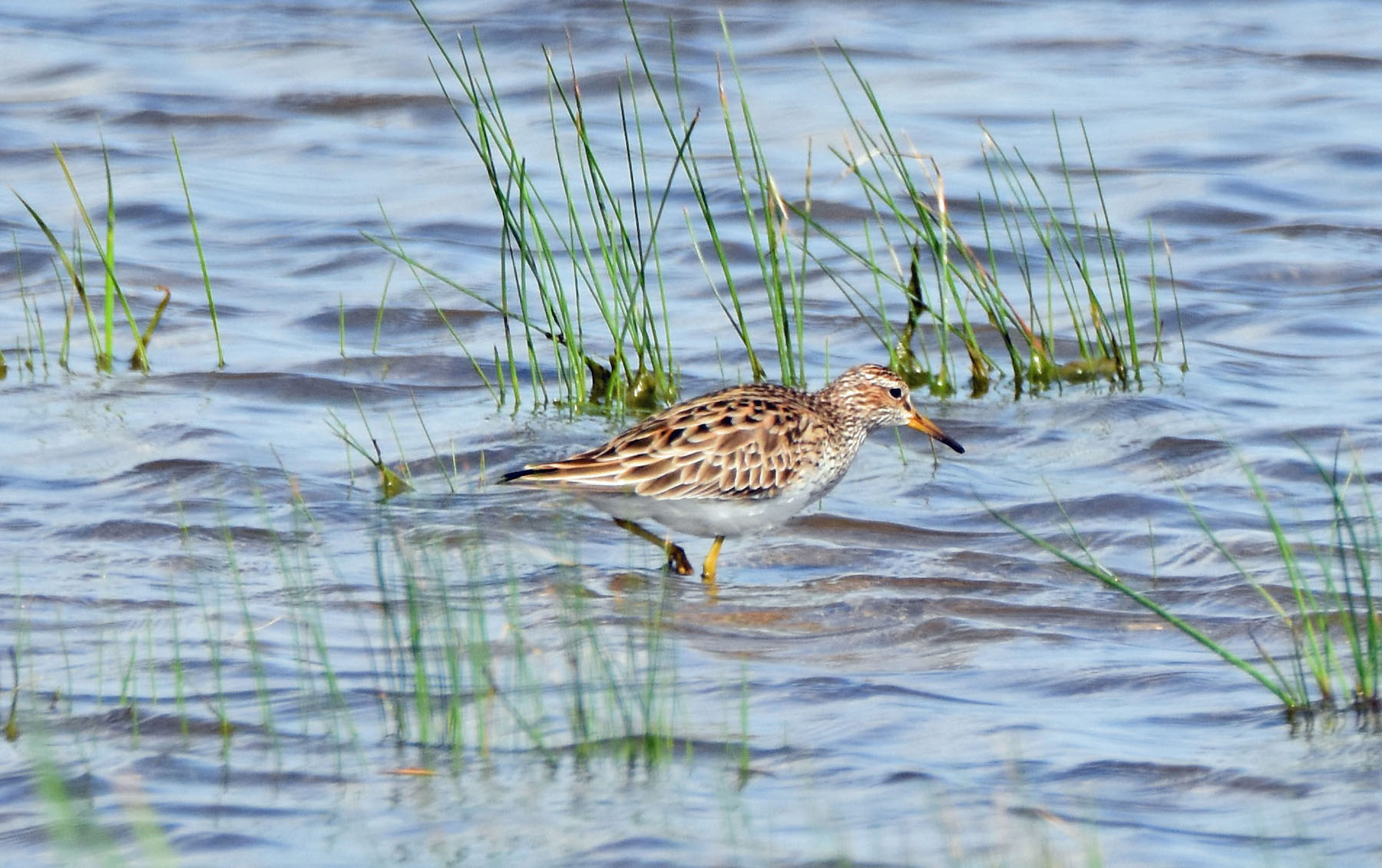 Described as a larger version of a Least Sandpiper, the Pectoral Sandpiper is a medium-sized shorebird with a heavily streaked breast, sharply contrasting clear, white belly, and yellowish legs. The bill droops and is black at the tip, and lighter brown at the base. In flight, the tail shows a dark stripe down the middle, with white on either side. The upper wing has a very narrow stripe. Males are larger than females, and males have inflatable sacs in their breasts, used in courtship.