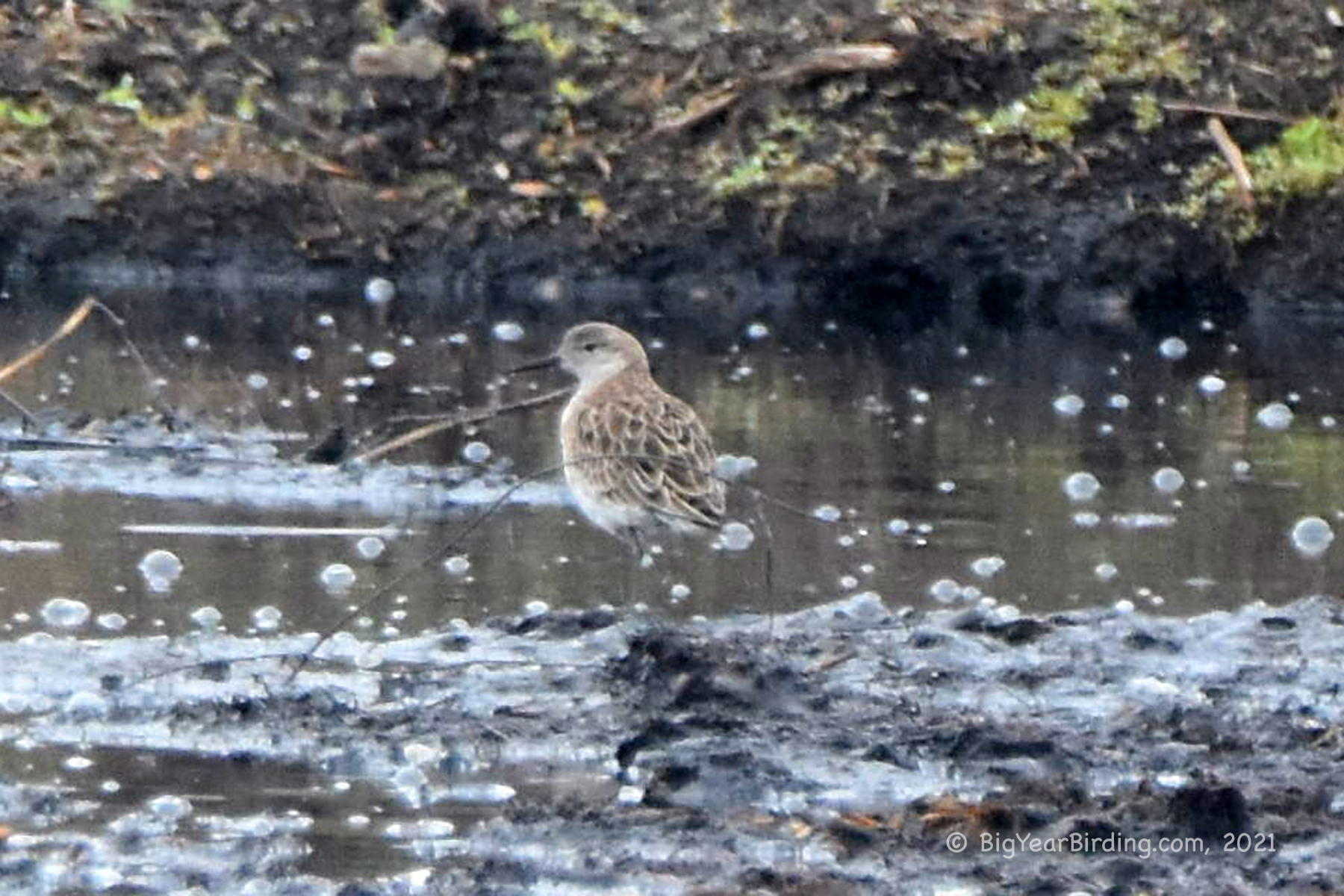 Male Ruffs are highly distinctive in breeding plumage, although that is not generally the plumage that we see when this Eurasian shorebird visits North America. The adult male varies in color from dark rufous to light brown with considerable white. It has a thick mane of long feathers around its neck and thick head-feathers that can be puffed out. The female, called a Reeve, is mottled brown-and-buff with orange legs (sometimes olive or green). Females and males in non-breeding plumage appear similar, and both have orange bills with white feathers at the bases. The female is about the size of a dowitcher, and the male is similar in size to a Greater Yellowlegs. The juvenile, the form most likely to be seen in Washington, has lighter, more yellow legs than adults. Its breast is clear buff, and its belly grades from buff to white. The head is buff and mostly unstreaked, and the back is black edged with buff. In flight, the Ruff shows a white ‘U’ on its tail, separating a dark rump and dark tail-tip.