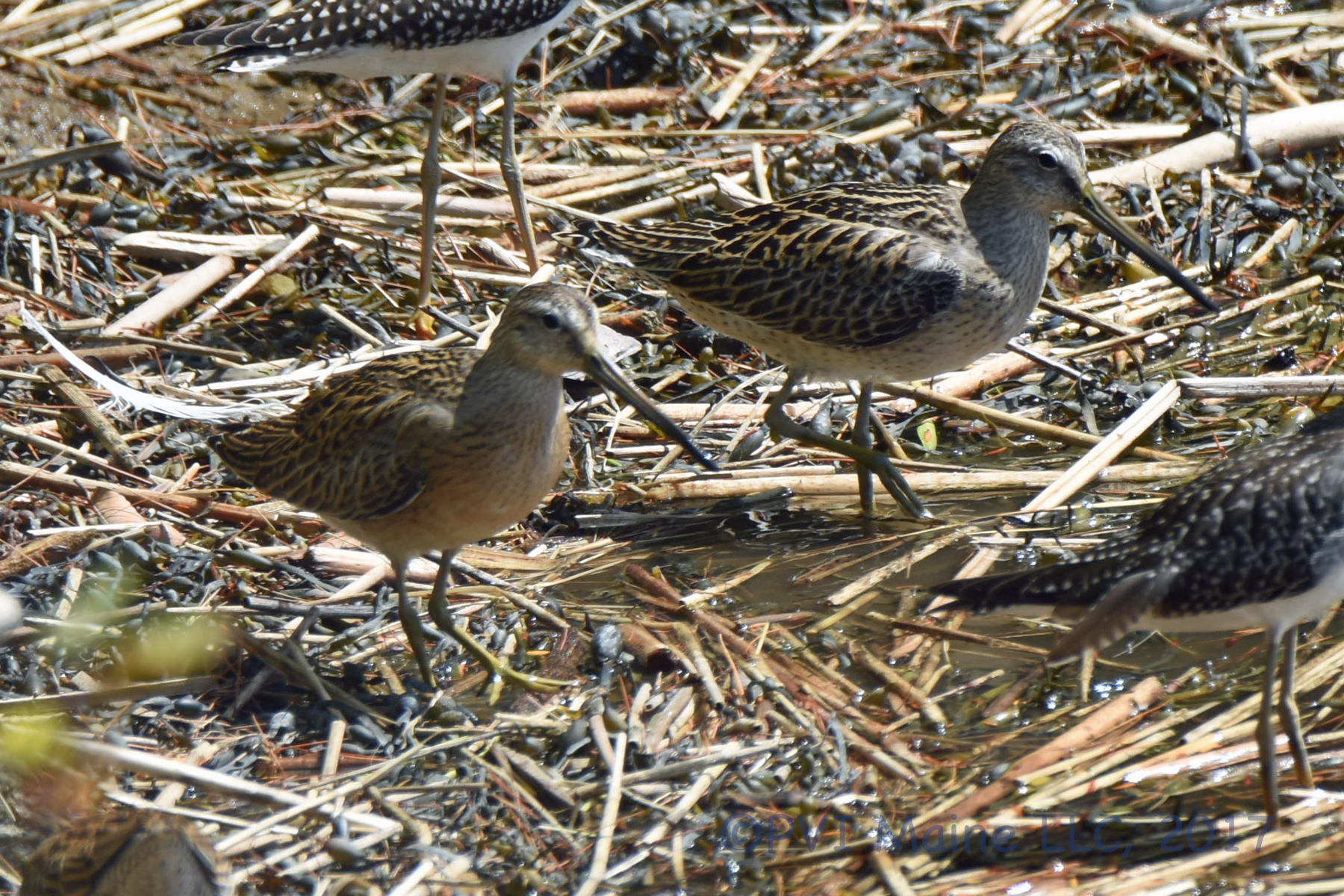 The Short-billed Dowitcher is very similar in appearance to the Long-billed Dowitcher. Both birds are large shorebirds. In breeding plumage, they are reddish underneath and mottled-brown above. In flight, they show a pale trailing edge on their wings and a distinctive white blaze up their backs, which easily identifies them as dowitchers. The distinction between the two species is not as simple. The female of both species has a longer bill than the male, and the bill of the female Short-billed is the same length of that of the male Long-billed, so bill length can be confusing. Short-billeds in breeding plumage usually have some spotting rather than barring on the sides of their breasts in front of the wings. Long-billeds are usually barred. The belly of the Long-billed is typically reddish all the way back, and the Short-billed often has some white on the belly. Juvenile Short-billeds are brighter than Long-billeds, with light edging and internal rufous markings on the tertial feathers. Long-billed juveniles are drabber and darker than Short-billeds. Non-breeding plumage is very difficult to distinguish. Range, habitat, and vocalizations should all be used to help distinguish between these two species.