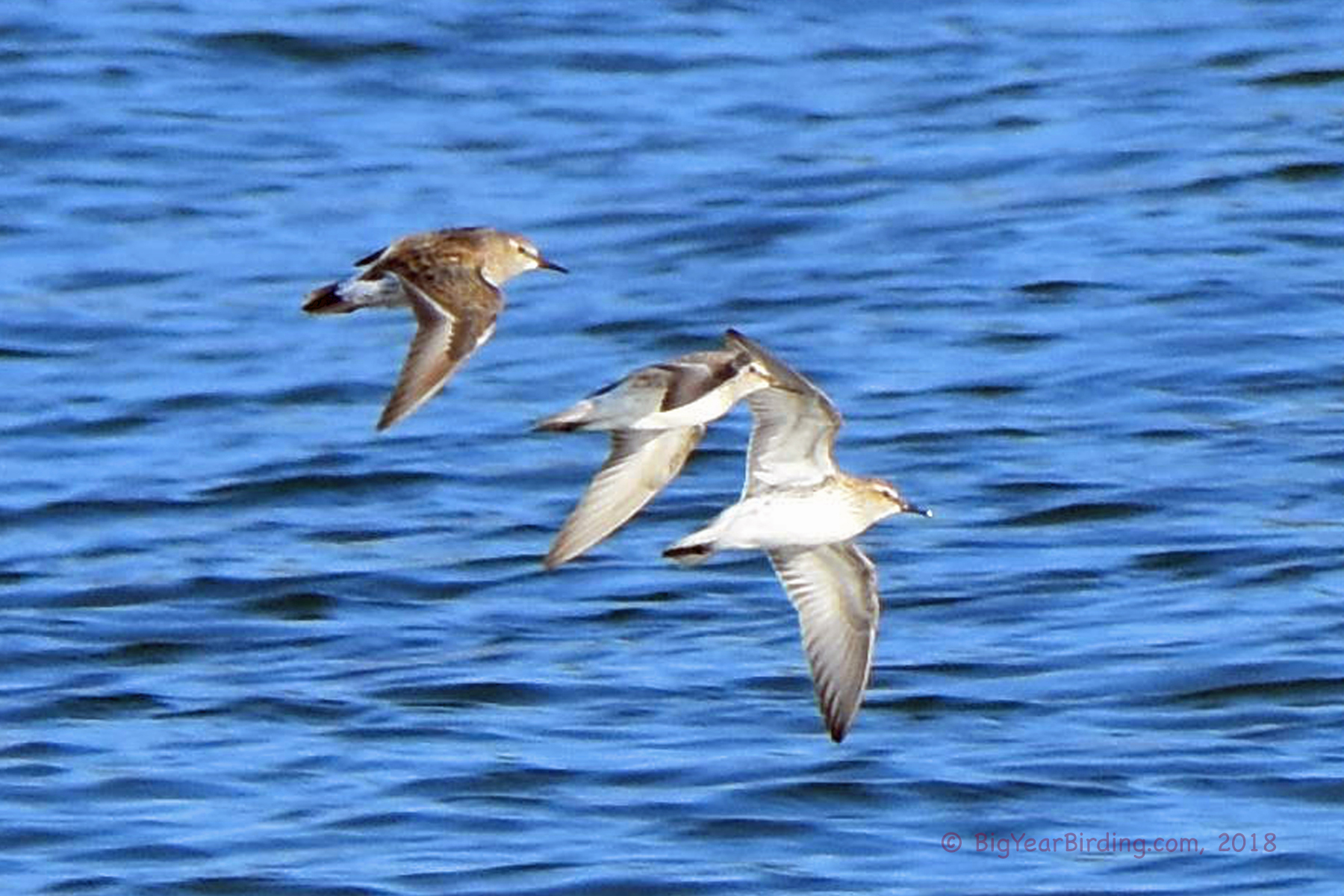 The White-rumped Sandpiper is a small shorebird that breeds in the northern tundra of Canada and Alaska. This bird can be difficult to distinguish from other similar tiny shorebirds; these are known collectively as “peeps” or “stints”.