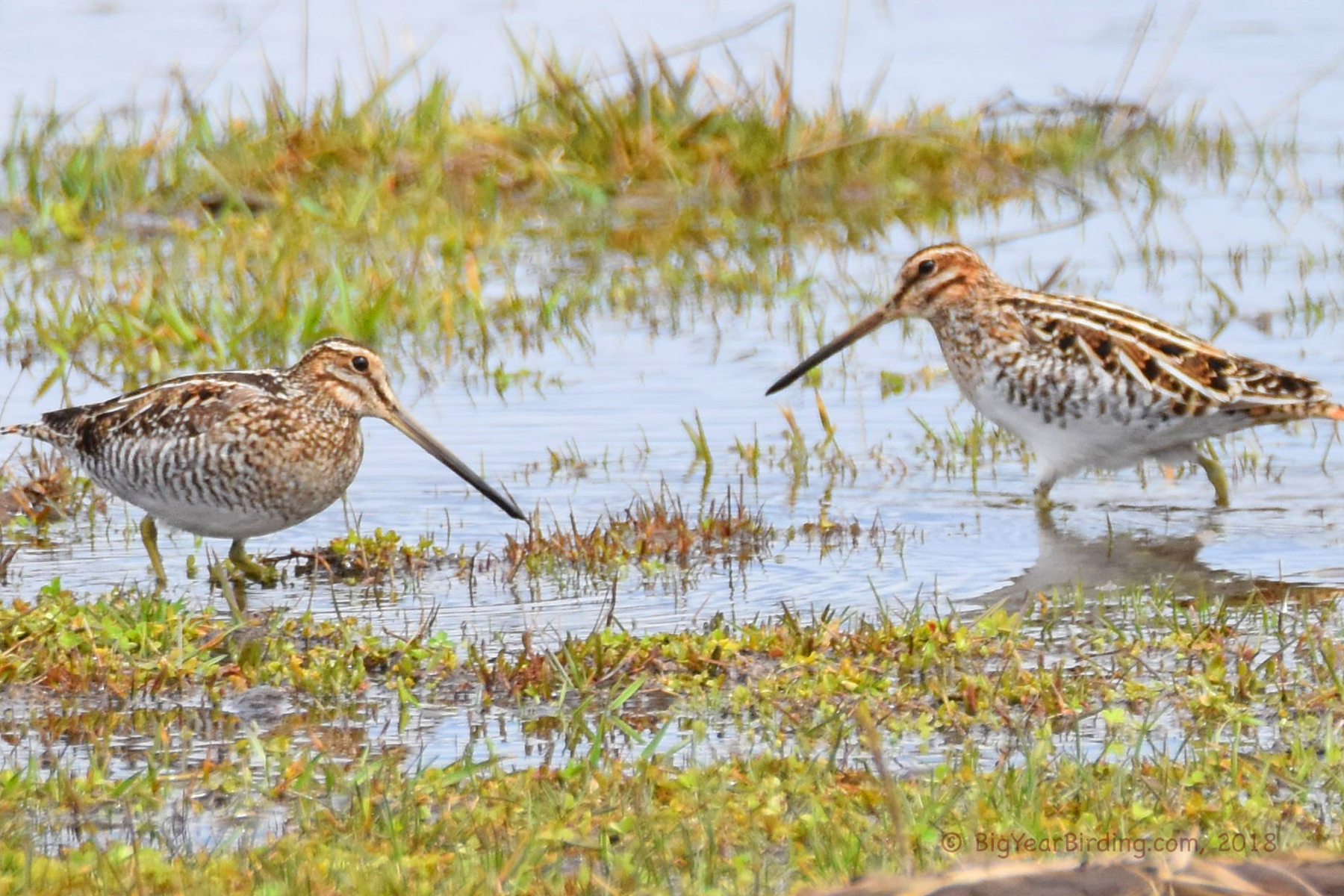 Wilson’s Snipe is a rather chunky shorebird, with a short neck and short legs. Its straight bill is very long. It is colored cryptically in mottled brown and black, with prominent light buffy longitudinal stripes on both its head and back. Its flanks are heavily barred, and its tail, barely visible when the bird is on the ground, is a rusty orange. Males, females, and juveniles have virtually the same appearance, and there is no seasonal variation in plumage.