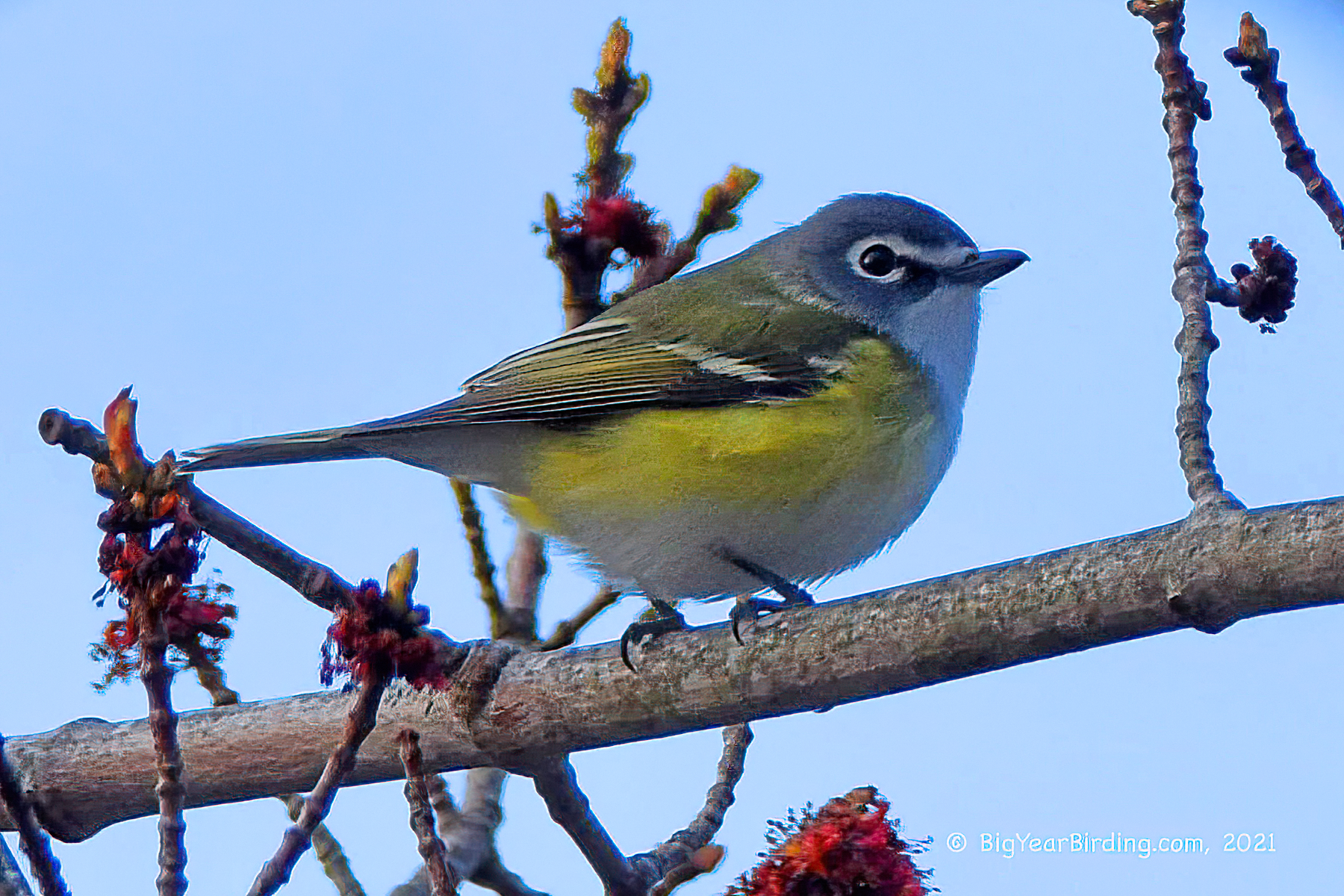 The Blue-headed Vireo has similar plumage year round and does not drastically change its appearance during the breeding season. It can be characterized by its olive green upper body, two bold yellow wing bars down the edge of its wing, and a deep blue-grey crown from which it gets its name.