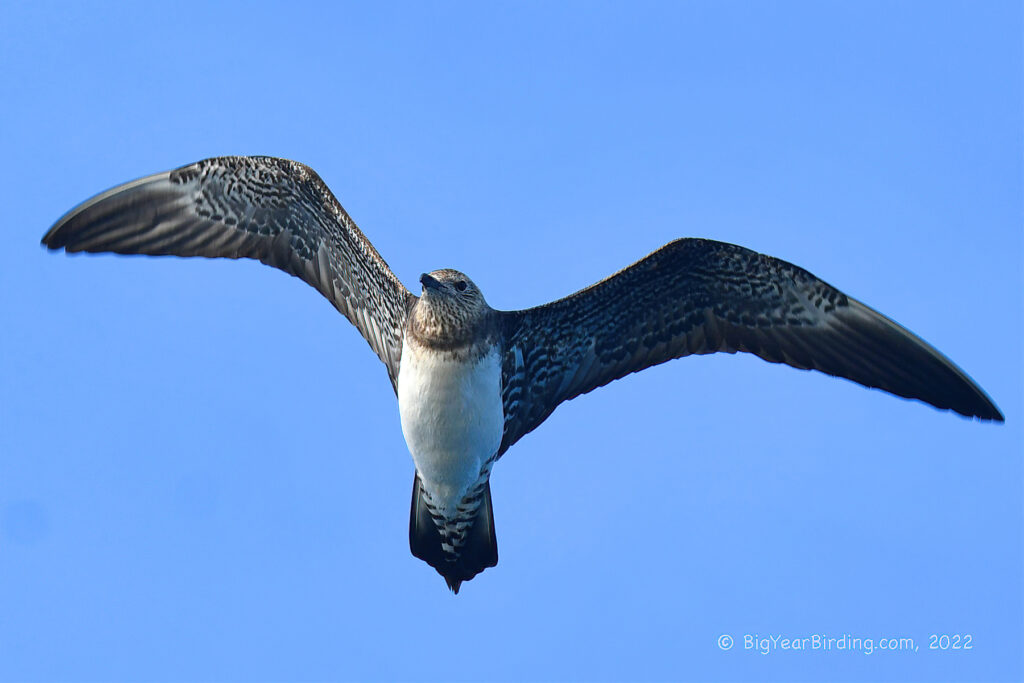 The Long-tailed Jaeger is the smallest jaeger, with a slender body and narrow wings. During the breeding season, the adult has long central tail feathers that extend 5-10″ beyond the rest of the tail, but from August to November, these are often broken or missing. The breeding adult has grayish upperparts contrasting with darker secondaries, a whitish head and underparts, a blackish-brown cap, and a yellow cast to the sides of its neck. The underwing lacks a white patch. Dark phases are very rare in adults. The non-breeding adult (November to March) has a cap flecked with white and gray, and underparts (except the wing) barred with brown and white. It lacks long central tail feathers. Juveniles and immatures have both light and dark phases, but light is more common. In general, they have brown and white barring on underwing coverts, flanks, and uppertail and undertail coverts. In other parts of the world, jaegers are known as skuas.