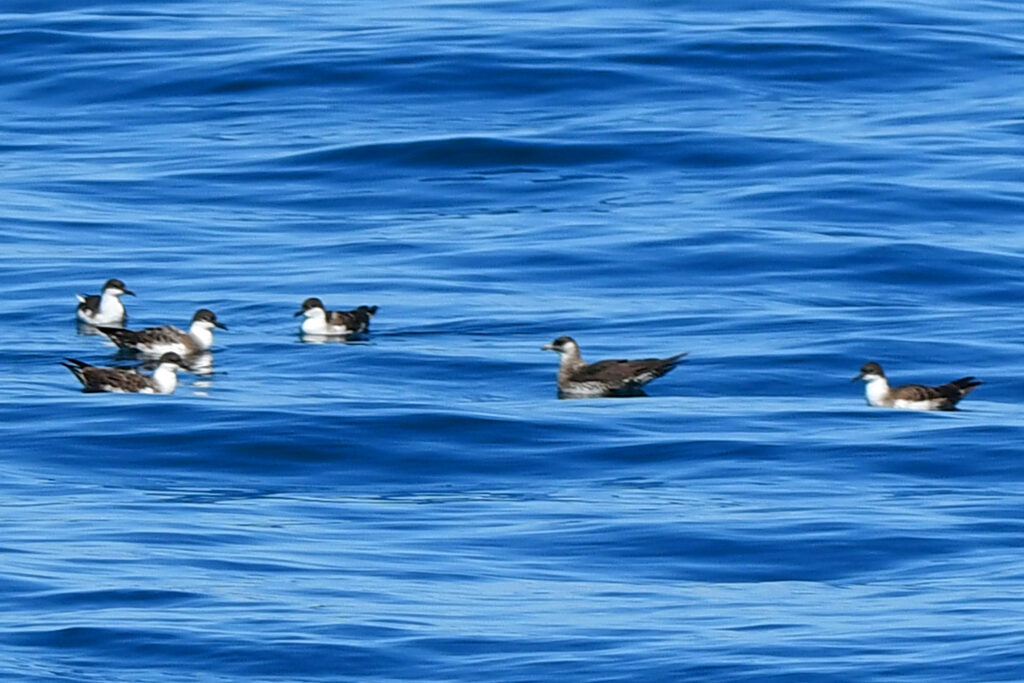 The Parasitic Jaeger (known in most of the world as the Arctic Skua) is medium in size between the smaller Long-tailed Jaeger and larger Pomarine Jaeger. Its plumage is highly variable, with light, intermediate, and dark morphs. Light morphs have brown upperparts with a blackish cap and white collar, white underparts, and yellowish sides of the neck. They often have a partial or complete breast band. Dark morphs have brown underparts and head. All morphs have a white patch on the underwing and pointed central tail feathers that extend beyond the rest of the tail. These long tail feathers are lost during the non-breeding season. Juvenile and immature plumage also varies from light to dark. In general, except for dark morphs, juveniles and immatures have an orangish-brown or cinnamon wash on the head and neck, and barring on the back.